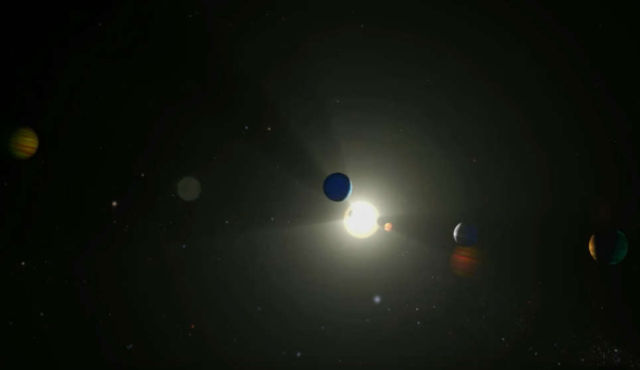 With the discovery of an eighth planet, the Kepler-90 system is the first to tie with our solar system in number of planets.

The discovery was made using artificial intelligence from Google and data from NASA’s Kepler Space Telescope, which will help find habitable planets.

Our solar system now is tied for most number of planets around a single star, with the recent discovery of an eighth planet circling Kepler-90, a Sun-like star 2,545 light years from Earth.

Artificial Intelligence, NASA Data Used to Discover Eighth Planet Circling Distant Star. The newly-discovered Kepler-90i – a sizzling hot, rocky planet that orbits its star once every 14.4 days – was found using machine learning from Google. Machine learning is an approach to artificial intelligence in which computers “learn.” In this case, computers learned to identify planets by finding in Kepler data instances where the telescope recorded signals from planets beyond our solar system, known as exoplanets.