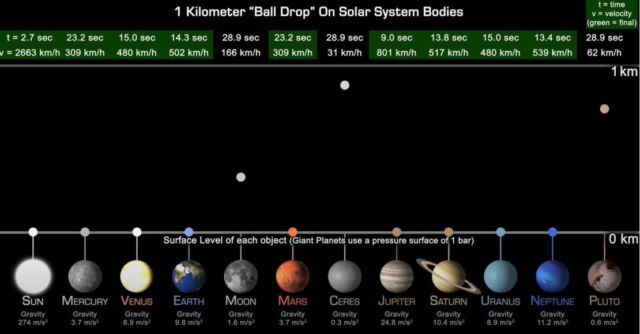 This animation shows a ball dropping from 1 Kilometer to the surface of each object, assuming no air resistance.

This should give an idea for the pull you would feel on each object.

“It might be surprising to see large planets have a pull comparable to smaller ones at the surface, for example Uranus pulls the ball down slower than at Earth! Why? Because the low average density of Uranus puts the surface far away from the majority of the mass. Similarly, Mars is nearly twice the mass of Mercury, but you can see the surface gravity is actually the same… this indicates that Mercury is much denser than Mars.”