A Diamond with another Diamond Inside discovered

A Diamond with another Diamond Inside discovered 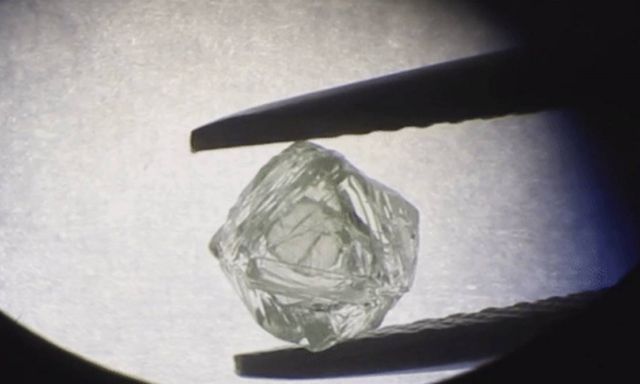 A rare, unusual diamond with another diamond moving freely inside, was mined in Yakutia at the Nyurba mining and processing division of Alrosa.

Due to its peculiarity, the stone resembles a traditional Russian Matryoshka doll.

According to the experts who have studied the find, this is the first such diamond in the history of global diamond mining.  It may be over 800 million years old. 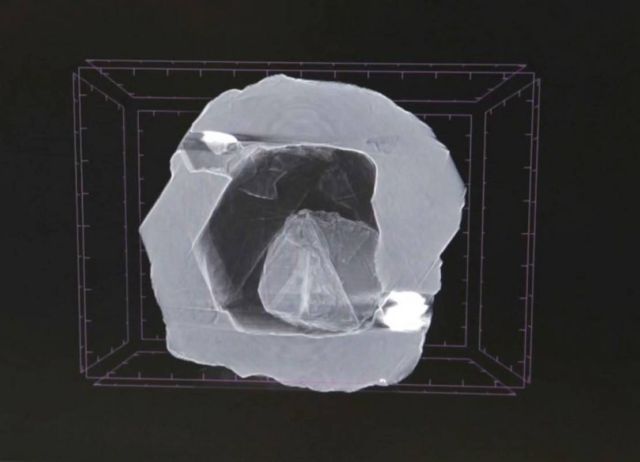 Specialists of the Yakutsk Diamond Trade Enterprise discovered this unusual diamond during a sorting process. They handed it over to the Research and Development Geological Enterprise of Alrosa. There it was studied using several methods, including Raman and infrared spectroscopies, as well as X-ray microtomography. Based on the results of the study, the scientists made a hypothesis about how the crystal was formed. According to them, there was an internal diamond at first, and the external one was formed during the subsequent stages of growth. 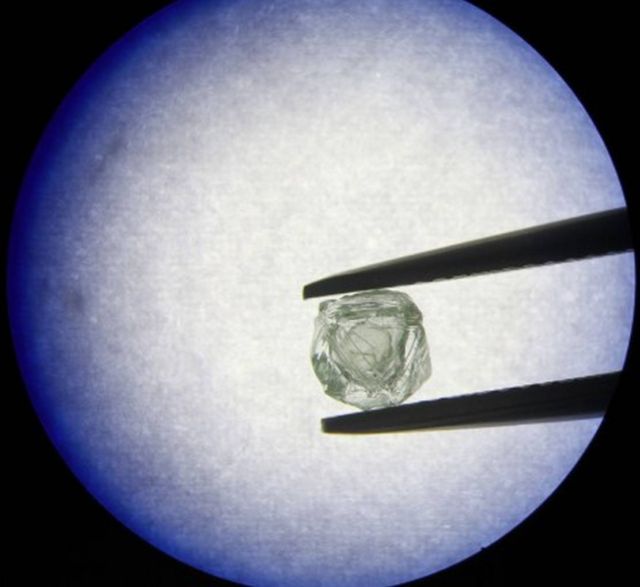 “The most interesting thing for us was to find out how the air space between the inner and outer diamonds was formed. We have two main hypotheses. According to the first version, a mantle mineral captured a diamond during its growth, and later it was dissolved in the Earth’s surface. According to the second version, a layer of porous polycrystalline diamond substance was formed inside the diamond because of ultra-fast growth, and more aggressive mantle processes subsequently dissolved it. Due to the presence of the dissolved zone, one diamond began to move freely inside another on the principle of matryoshka nesting doll,” said Oleg Kovalchuk, Deputy Director for innovations at Alrosa’s Research and Development Geological Enterprise. – As far as we know, there were no such diamonds in the history of global diamond mining yet. This is really a unique creation of nature, especially since nature does not like emptiness. Usually, some minerals are replaced by others without cavity formation.”