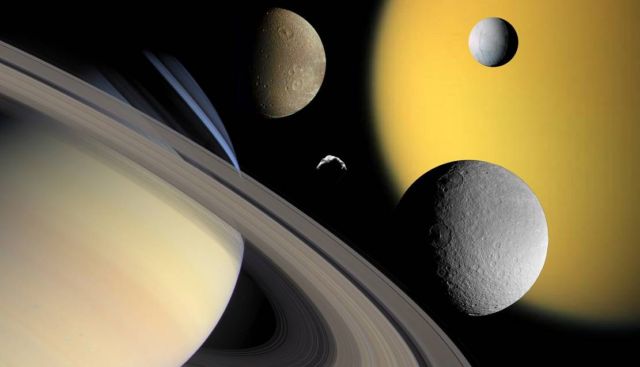 Saturn surpasses Jupiter after the discovery of 20 new moons and you can now help name them.

Thanks to the latest discovery from Carnegie Science, Saturn now has 20 new moons, stealing the Moon King crown from Jupiter with a satellite count of 82!

Now, these moons are gonna need some names, which is where you come in!

A team led by Carnegie’s Scott S. Sheppard has found 20 new moons orbiting Saturn.  This brings the ringed planet’s total number of moons to 82, surpassing Jupiter, which has 79. The discovery was announced Monday by the International Astronomical Union’s Minor Planet Center.

Each of the newly discovered moons is about five kilometers, or three miles, in diameter. Seventeen of them orbit the planet backwards, or in a retrograde direction, meaning their movement is opposite of the planet’s rotation around its axis. The other three moons orbit in the prograde—the same direction as Saturn rotates.

The discovery images for the newly found very distant prograde moon of Saturn. They were taken on the Subaru telescope with about one hour between each image. The background stars and galaxies do not move, while the newly discovered Saturnian moon, highlighted with an orange bar, shows motion between the two images. Photographs are courtesy of Scott Sheppard.

Check out how you can name one of Saturn’s moons in this video here: https://youtu.be/Ip7AFhz7A2E