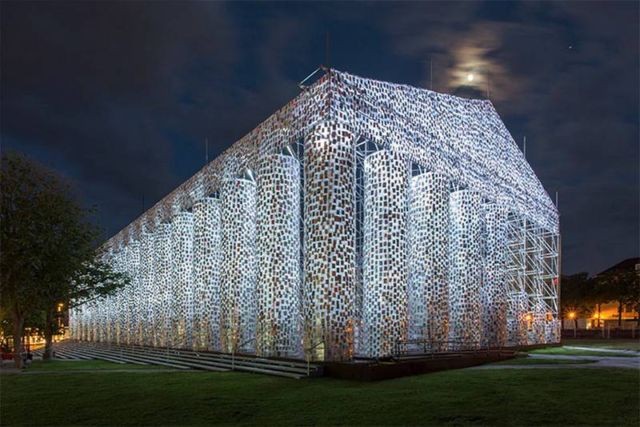 A monumental replica of the Parthenon in Athens, Greece, from 100,000 copies of banned books, created by Argentinian artist Marta Minujín, 74. 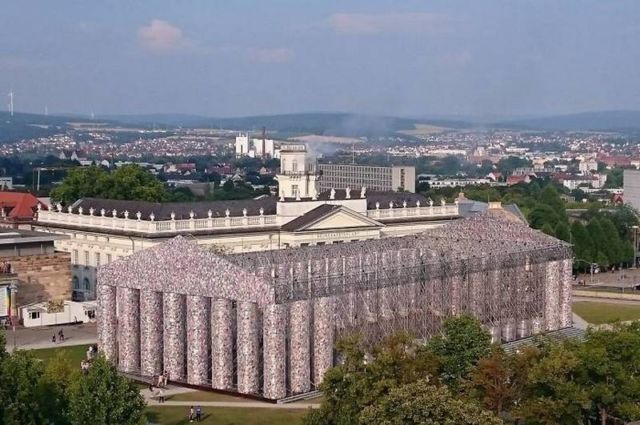 The artist said that The Parthenon of Books in Kassel, Germany, “symbolizes the resistance to political repression.”

The monument is part of the Documenta 14 art festival. 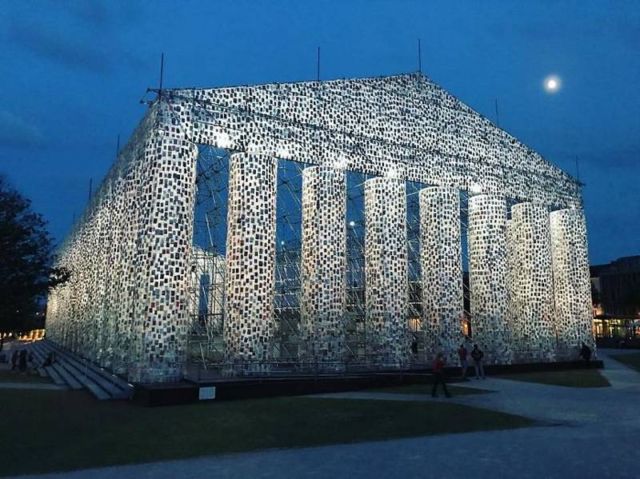