A Half Male, Half Female Bee

Home/Posts/NATURE/Animals/A Half Male, Half Female Bee
Previous Next

A Half Male, Half Female Bee 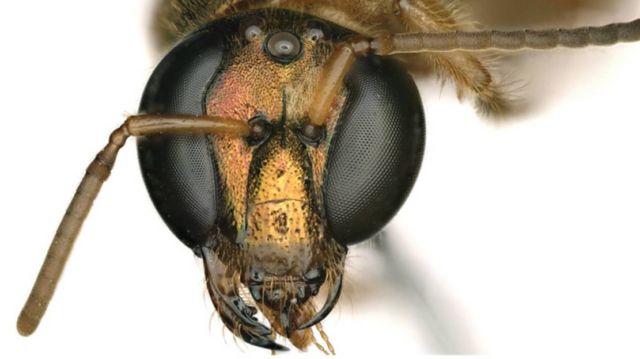 Scientists find a half male, half female bee, the first gynandromorph of the Neotropical bee Megalopta amoena.

Gynandromorphy is an anomaly that results in an organism phenotypically expressing both male and female characteristics.

This bee is split right down the middle, on its left side, is physiologically male. The right side has female characteristics, with a shorter antenna, a bigger toothed mandible and a hairy hind leg.

The scientists wrote in their paper:

Here we describe the first gynandromorph of the bee species Megalopta amoena (Spinola, 1853) (Halictidae, Augochlorini) and the second record of this anomaly within the genus Megalopta. Additionally, we analyzed the bee’s circadian rhythm, which has never before been quantified for a gynandromorph. The gynandromorph showed a deviant activity pattern; it was intermediate between that of the male and female M. amoena. Our results imply that the brains of bilateral gynandromorphs may have mixed sex-specific signaling. Based on four days of recording, the gynandromorph circadian rhythm was shifted earlier in the day relative to the male and female M. amoena, and it exhibited intensity similar to the female. 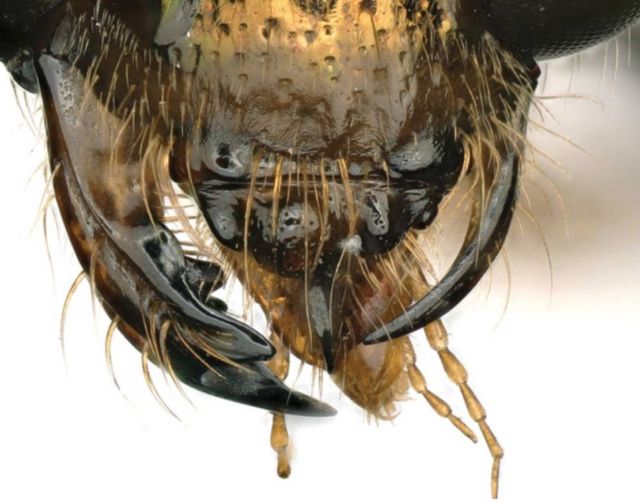 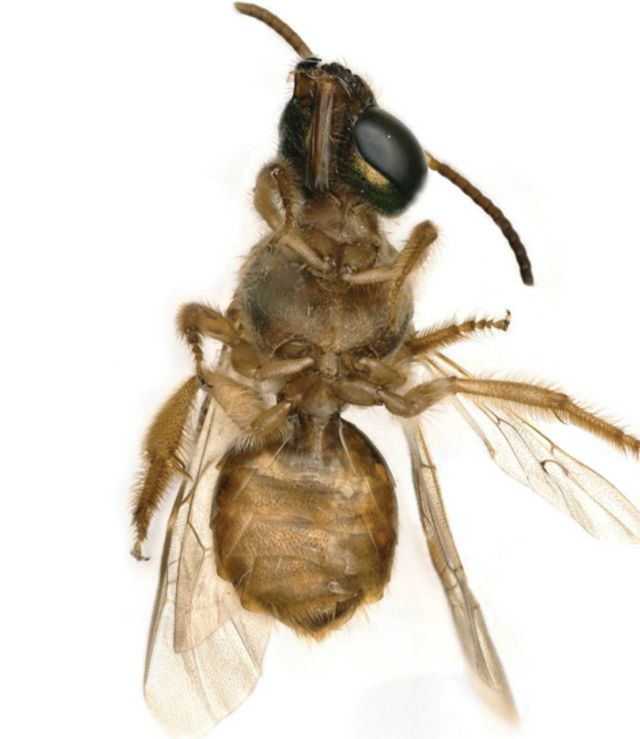 A Frontal view of the head showing the bilateral split between sexes (female left side of image, male right side) B detail of female (left) and male (right) mandibles and labrum, frontal view.