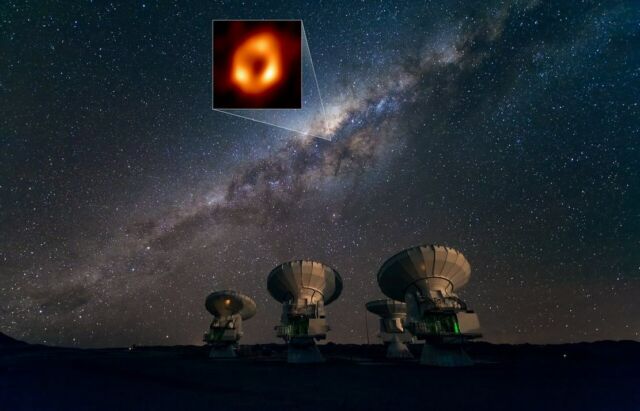 Using the Atacama Large Millimeter/submillimeter Array (ALMA), astronomers have spotted signs of a ‘hot spot’ orbiting Sagittarius A*, the black hole at the center of our galaxy. The finding helps us better understand our supermassive black hole’s enigmatic and dynamic environment. 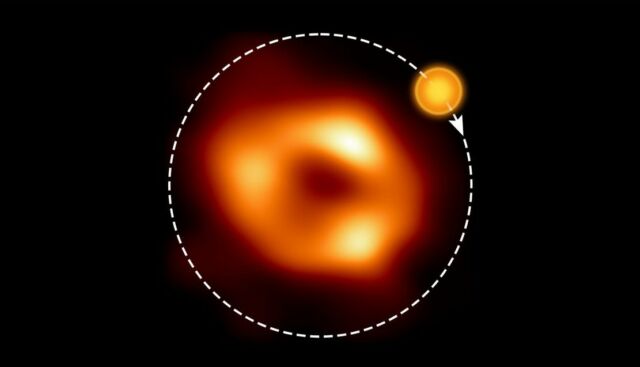 “We think we’re looking at a hot bubble of gas zipping around Sagittarius A* on an orbit similar in size to that of the planet Mercury but making a full loop in just around 70 minutes. This requires a mind-blowing velocity of about 30% of the speed of light!” says Maciek Wielgus of the Max Planck Institute for Radio Astronomy in Bonn, Germany, who led the study published in Astronomy & Astrophysics.

The observations were made with ALMA in the Chilean Andes during a campaign by the Event Horizon Telescope (EHT) Collaboration to image black holes. In April 2017, the EHT linked together eight existing radio telescopes worldwide, including ALMA, resulting in the recently released first-ever image of Sagittarius A*. To calibrate the EHT data, Wielgus and his colleagues, who are members of the EHT Collaboration, used ALMA data recorded simultaneously with the EHT observations of Sagittarius A*. To the team’s surprise, there were more clues to the nature of the black hole hidden in the ALMA-only measurements.