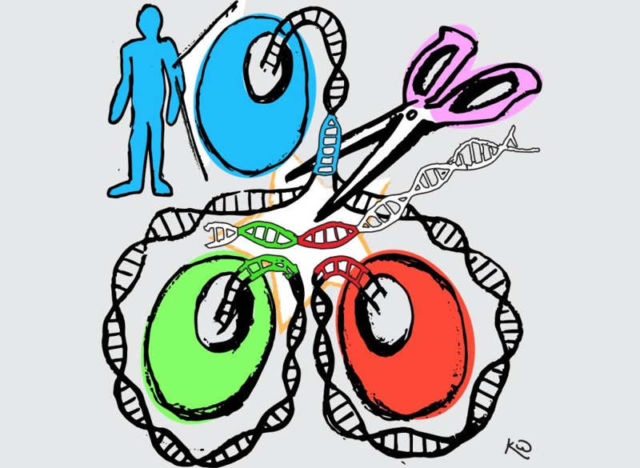 A new gene editing method that can modify a single DNA base in the human genome with absolute precision.

Researchers led by Dr. Knut Woltjen created a precise, unique gene editing technique, to alter a single DNA base in the human genome.

Single mutations in DNA, known as single nucleotide polymorphisms (SNPs), are the most common type of variation in the human genome. More than 10 million SNPs are known, many of which are associated with ailments such as Alzheimer’s, heart disease, and diabetes.

Dr. Shin-Il Kim, a Specially-appointed Assistant Professor in the Woltjen lab and co-first author on the study, says that creating these twins is not trivial.

“Usually we need to add a gene for antibiotic resistance along with the SNP to overcome low efficiency. Since that adds another change to the genome, we also need a way to remove it.”