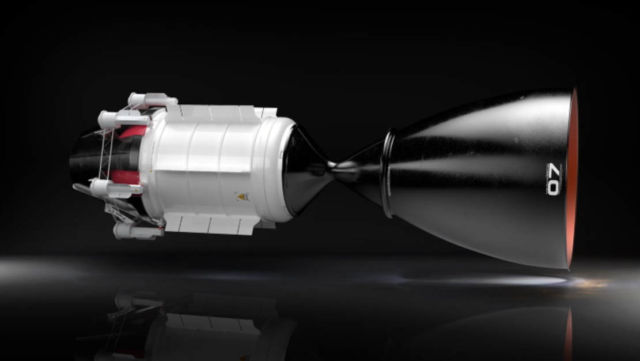 To go to Mars, that is about 40 million miles from Earth, will take seven months. USNC-Tech’s nuclear engine can send a spaceship in three months.

“We want to lead the effort to open new frontiers in space, and do it quickly and safely,” said Dr. Michael Eades, principal engineer at USNC-Tech. “Our engine maximizes the use of proven technology, eliminates failure modes of previous NTP concepts, and has a specific impulse more than twice that of chemical systems.”

“Key to USNC-Tech’s design is a conscious overlap between terrestrial and space reactor technologies,” explained Dr. Paolo Venneri, CEO of USNC-Tech. “This allows us to leverage the advancements in nuclear technology and infrastructure from terrestrial systems and apply them to our space reactors.” A prime example of this is the nuclear fuel at the core of the USNC-Tech NTP concept.