Aerogel could help to Colonize Mars

Aerogel could help to Colonize Mars 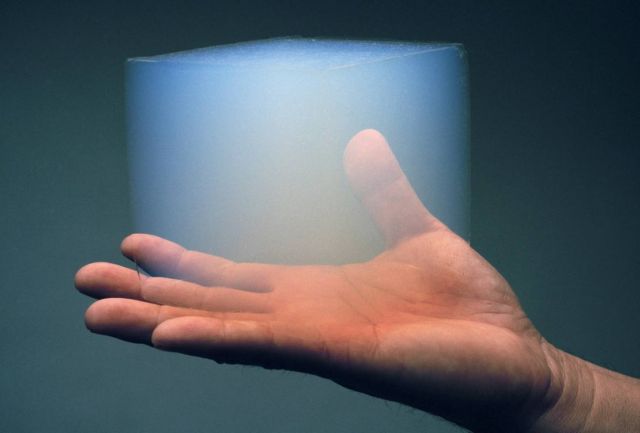 Scientists are exploring how aerogel, a translucent, Styrofoam-like material, could be used as a building material on Mars.

Aerogel retains heat; structures built with it could raise temperatures enough to melt water ice on the Martian surface.

Raising crops on Mars is far easier in science fiction than it will be in real life: The Red Planet is an inhospitable world. Among other challenges, subzero temperatures mean water can persist on the surface only as ice, and the planet’s atmosphere offers little protection to plants (or people) from the Sun’s radiation.

Of course, NASA has plans to eventually put humans on Mars, using lessons it will learn from its Artemis lunar explorations. And those humans will need to eat. Being able to produce food on Mars would help reduce the quantity of supplies consuming valuable space and fuel on crewed missions to the Red Planet. But figuring out how – and where – to produce that food, while also being exceedingly careful not to contaminate Mars with Earth-borne bacteria, are some of the challenges scientists and engineers face.

In a new paper in Nature Astronomy, researchers propose that a material called aerogel might help humans one day build greenhouses and other habitats at Mars’ mid-latitudes, where near-surface water ice has been identified. The study was funded by Harvard University’s Faculty of Arts and Sciences.

Aerogel is a Styrofoam-like solid that is 99% air, making it extremely light. It’s adept at preventing the transfer of heat as well, making it an excellent insulator; in fact, it’s been used for that purpose on all of NASA’s Mars rovers. Moreover, aerogel is translucent, allowing visible light to pass through while blocking ultraviolet light’s harmful radiation. Most aerogel is made from silica, the same material found in glass.

Scientists tested these samples of aerogel to see how they could be used as building materials on Mars. In an experiment, both the crushed and solid samples of aerogel were able to raise temperatures to melt water ice — ideal for a Martian greenhouse in which crops could grow.

In an experiment conducted by lead author Robin Wordsworth of Harvard, 2-3 centimeters of silica aerogel allowed light from a lamp tuned to simulate Martian sunlight to heat the surface beneath it by up to 150 degrees Fahrenheit (65 degrees Celsius) – enough to raise temperatures on the Martian surface and melt water ice.

“The study was meant as an initial test of aerogel’s potential as a Martian building material,” said second author Laura Kerber, a geologist at NASA’s Jet Propulsion Laboratory in Pasadena, California.