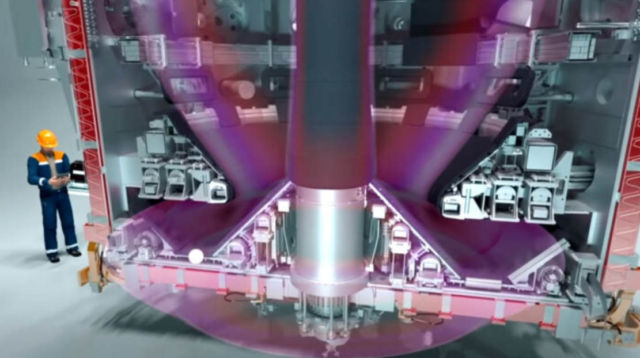 All systems go for UK’s £55M fusion clean energy experiment. Now it’s a step closer with the launch of the MAST Upgrade tokamak.

For the first time, after a seven-year build, UKAEA’s £55M-machine, labelled Mega Amp Spherical Tokamak (MAST) Upgrade, has achieved “first plasma” – where all the essential components work together simultaneously.

The project at Culham Centre for Fusion Energy was funded by the Engineering & Physical Sciences Research Council, part of UK Research & Innovation and the Department for Business, Energy & Industrial Strategy.

Fusion energy offers the potential of an abundant, inherently safe low-carbon electricity supply (the raw materials are found in seawater and the Earth’s crust). It involves fusing hydrogen particles in a hot gas known as a ‘plasma’ to unlock large amounts of energy.

One of the biggest challenges in fusion research has been to extract the amount of excess heat from the plasma. UKAEA’s scientists now plan to test a new exhaust system called the ‘Super-X divertor’ at MAST Upgrade.

This system is designed to channel plasma out of the machine at temperatures low enough for its materials to withstand – meaning that components can last much longer. The approximate tenfold reduction in heat arriving at the internal surfaces of the machine has the potential to be a game-changer for the long-term viability of future fusion power stations.