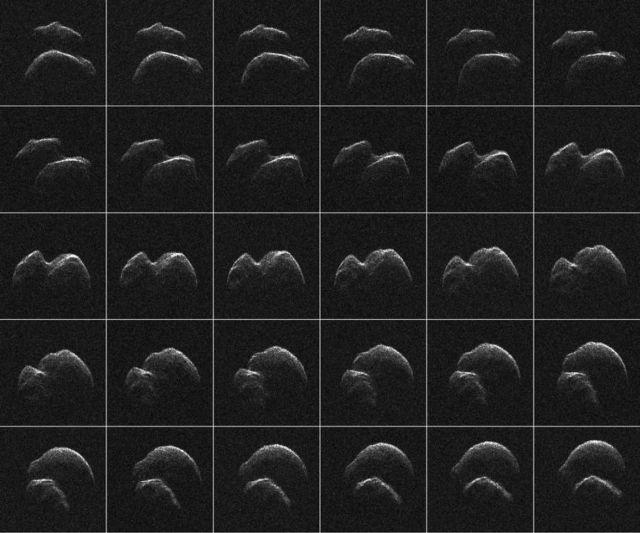 Just a day before its closest approach, asteroid 2014 JO25 was imaged by radar with the 70-meter antenna of NASA.

The largest of the asteroid’s two lobes is estimated to be 2,000 feet (620 meters) across.

Radar observations of the asteroid also have been conducted at the National Science Foundation’s Arecibo Observatory in Puerto Rico. Additional radar observations are being conducted at both Goldstone and Arecibo on April 19 20, and 21, and could provide images with even higher resolution.