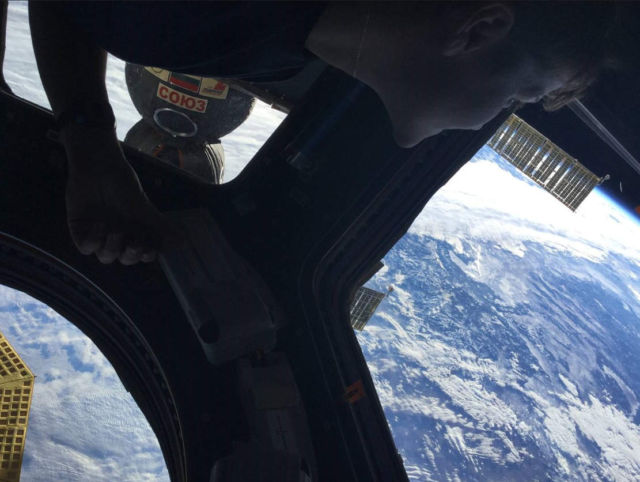 “Putting this journey into words will not be easy, but I will try. I am finally where I was born to be,” said @AstroAnnimal, NASA astronaut Anne McClain, of her first voyage to space.

Currently stationed aboard humanity’s only orbiting laboratory, the International Space Station, McClain is slated for a six-month stay. McClain and crewmates David Saint-Jacques of the Canadian Space Agency, and Oleg Konenenko of Roscosmos launched at 6:31 a.m. EST from the Baikonur Cosmodrome in Kazakhstan on Dec. 3, 2018. McClain, Saint-Jacques and Konenenko docked to the space station’s Poisk module at 12:33 p.m. after a four-orbit, six-hour journey.