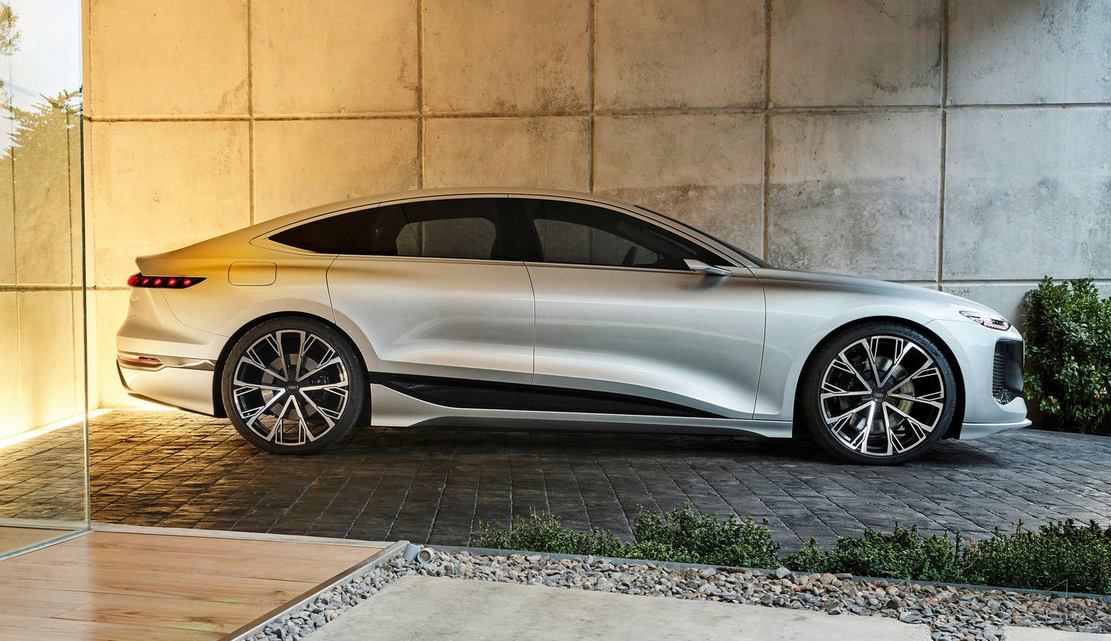 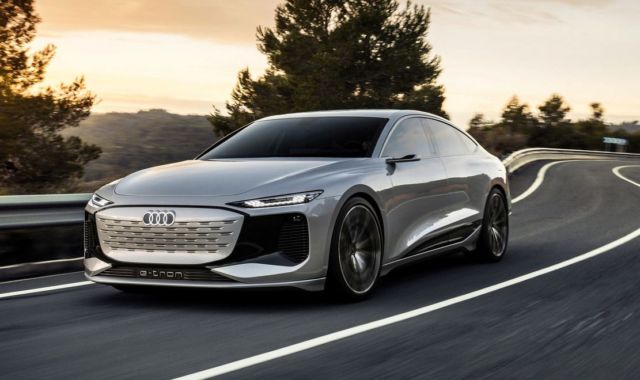 Audi demonstrated the four-door A6 e-tron concept, unveiling the forerunner of an innovative family of fully electric production cars.

A completely new technology architecture, the “Premium Platform Electric,” or PPE for short, will serve as the technology platform for these vehicles in the future. Beginning in late 2022, the first production cars in the C- and later also B-segment will be relaunched with PPE technology, including – a first in the market for electric vehicles – both SUVs with a high ground clearance and dynamically styled models with a lower ride height, such as the upcoming Audi A6 e-tron. 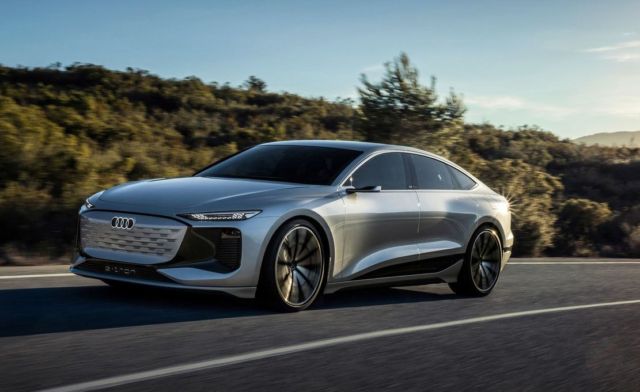 Sporting the Audi A6 emblem, the concept car underscores its place in the brand’s luxury-class model series. This model has represented the brand in one of the world’s highest-volume segments since 1968 – initially, and until 1994, as the Audi 100. First the Sedan, Avant, and allroad, then later the Sportback – which was introduced as the A7 – rounded out the model family. An electrified drive system already has a long tradition in the Audi A6 – after a full hybrid version that was released back in 2011, the current Audi A6 TFSIe made its debut in 2019 with a plug-in hybrid drive and an electric range of up to 91 kilometers (NEFZ). 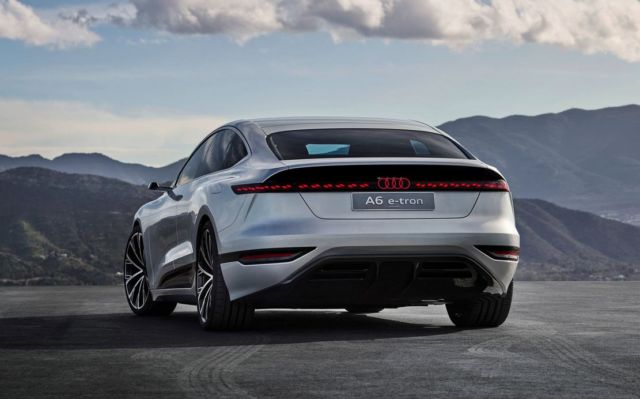 Unlike the latter, however, the Audi A6 e-tron concept being exhibited at the Auto Shanghai 2021 show relies exclusively on electric power, based on the future PPE platform developed under Audi’s leadership. At the same time, it also represents an entirely new design concept – the only thing it has in common with the current A6 are its dimensions. The 4.96-meter-long, 1.96-meter-wide, and 1.44-meter-high body is designed as a Sportback, and its lines are an obvious reflection of the systematic advancement of Audi’s current design language. 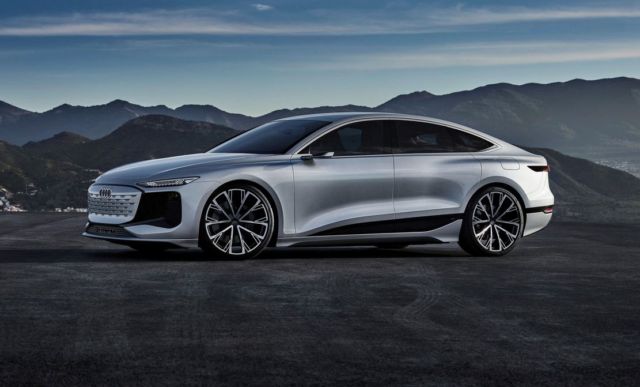 The Audi A6 e-tron concept exterior model making its debut in Shanghai is far more than just a simple design exercise – its body is a foretaste of Audi’s future production models and provides clear indications of just how dynamic and elegant the electric-powered luxury class from the brand with the four rings will look. 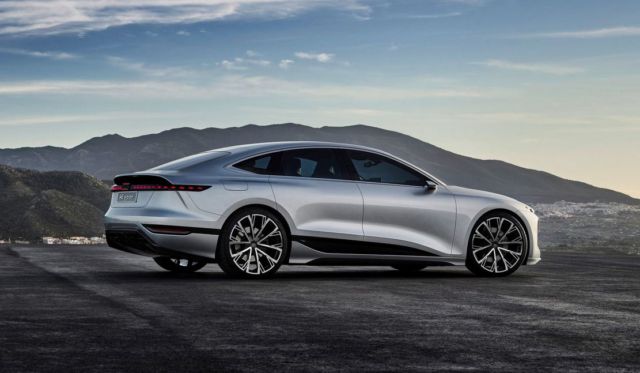 For its part, the PPE technology will ensure that what the car’s lines imply is actually translated into dynamic driving performance and everyday suitability befitting use as a primary vehicle. Specifically, this means that depending on the selected drive system and model version, an Audi A6 e-tron is expected to boast a range of more than 700 kilometers (based on the WLTP standard) in the future – and the most powerful members of the family will sprint from 0 to 100 km/h in less than four seconds. 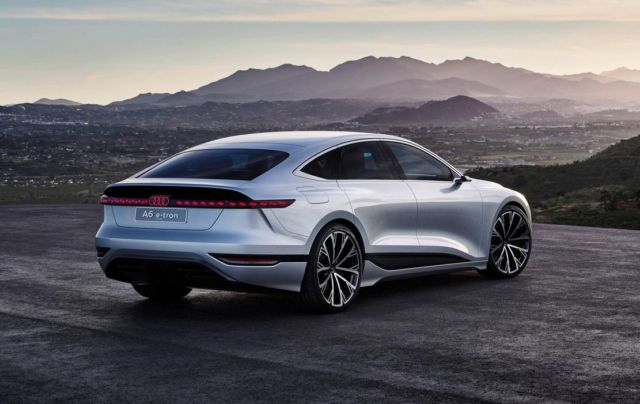 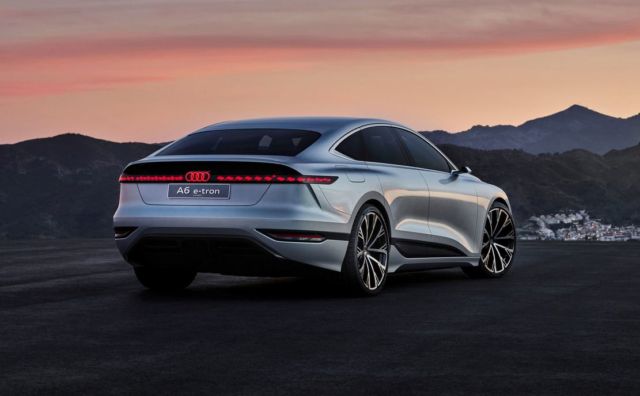 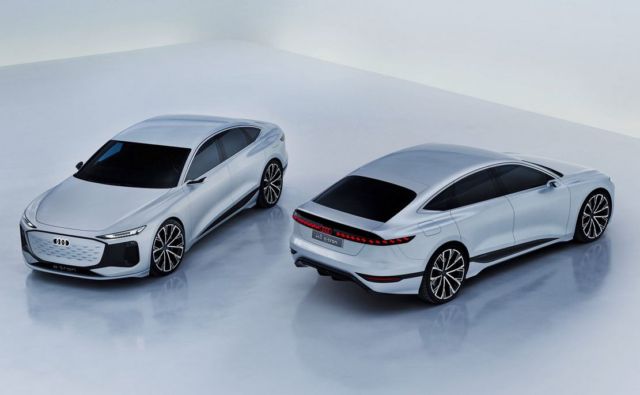 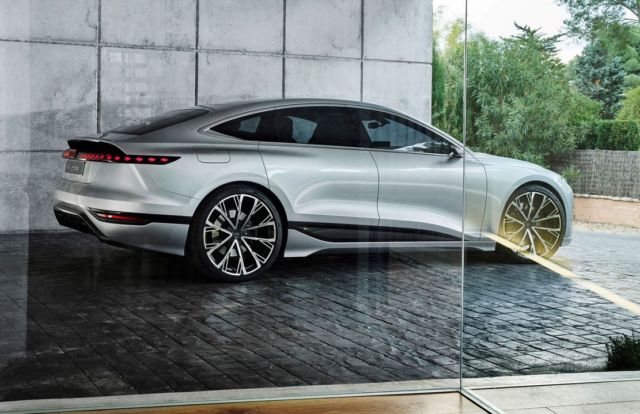 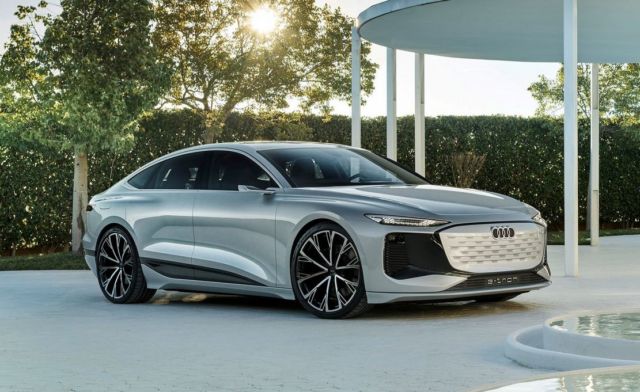