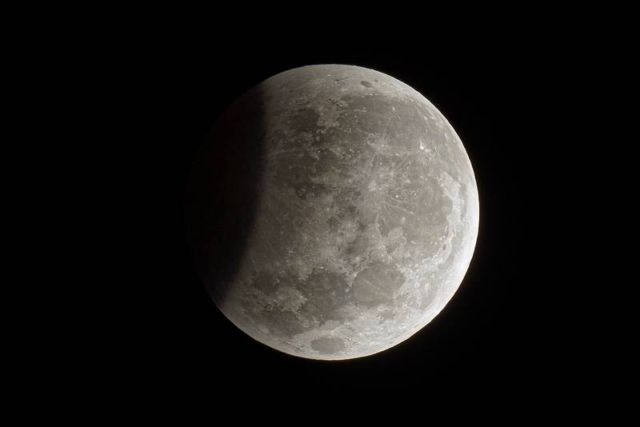 August’s full moon Captured before sunrise and the curve of the Earth’s dark, umbral shadow is at the left, near the maximum phase of a partial lunar eclipse.

August 7, just two weeks before the much-anticipated total eclipse of the sun on August 21, the full moon will pass through the northern part of the Earth’s dark umbral shadow, creating a partial eclipse of the moon visible in Eastern Hemisphere. 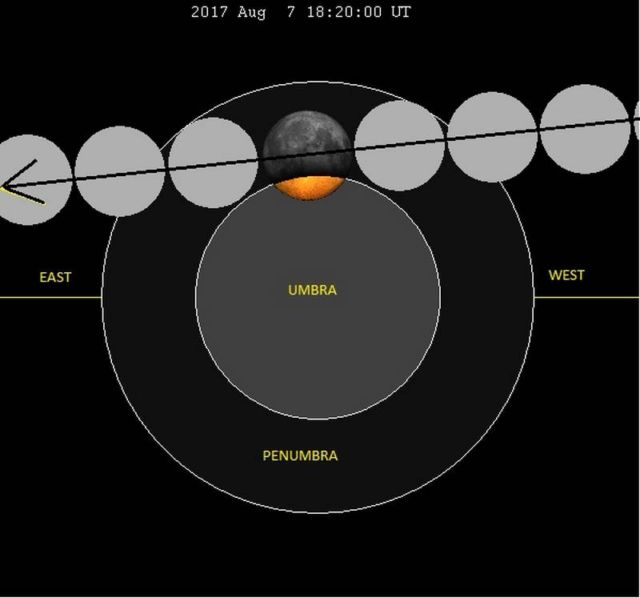 The moon goes through the Earth’s shadow from west to east.