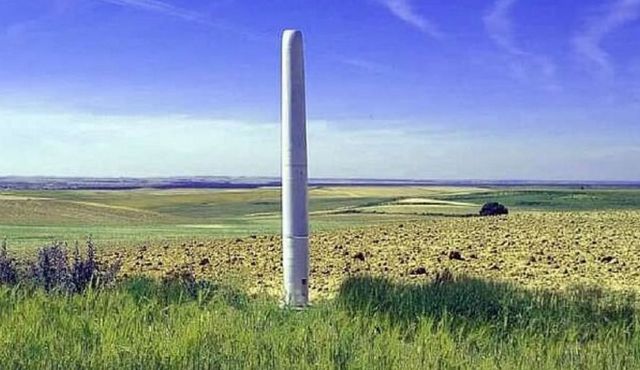 Bladeless wind turbine, that vibrates to generate power, it’s not a danger to wildlife like the traditional spinning blades of the wind farms.

Vortex Bladeless is a vortex induced vibration resonant wind generator. It harnesses wind energy from a phenomenon of vorticity called Vortex Shedding. Basically, bladeless technology consists of a cylinder fixed vertically with an elastic rod. The cylinder oscillates on a wind range, which then generates electricity through an alternator system. In other words, it is a wind turbine which is not actually a turbine.

Vortex wind generators are more similar in features and cost-effectiveness over time to solar panels than to regular wind turbines.

“Our bladeless wind turbine captures the energy from the wind by a resonance phenomenon produced by an aerodynamic effect called vortex shedding. In fluid mechanics, as the wind passes through a blunt body, the flow is modified and generates a cyclical pattern of vortices. Once the frequency of these forces is close enough to body’s structural frequency, the body starts to oscillate and enters into resonance with the wind. This is also known as Vortex Induced Vibration (VIV).”

Currently, Vortex generates electricity through an alternator system, made by coils and magnets, adapted to the vortex dynamics, without gears, shafts or any rotating parts. Our Vortex generator is currently considered a “small wind turbine.” Alternators are a well known technology, although the way Vortex is using it is innovative and patented. This design allows to reduce maintenance and eliminates the need for greasing. 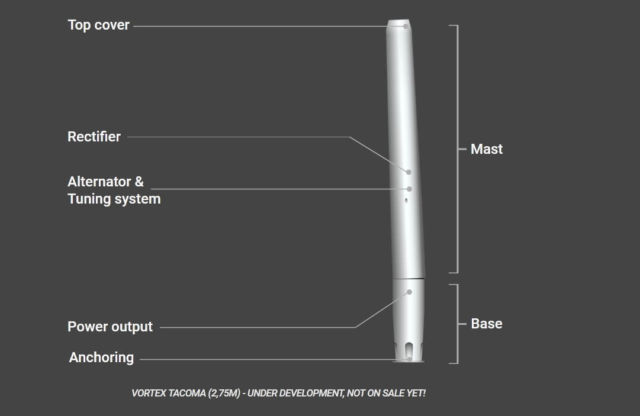