Blast of Light and Gravitational Waves in this amazing video

Blast of Light and Gravitational Waves in this amazing video 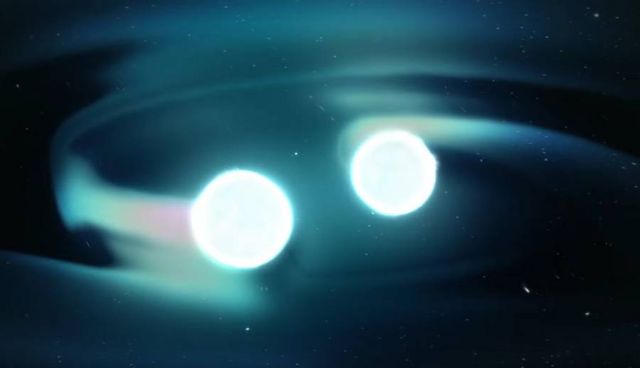 Doomed neutron stars whirl toward their demise, creating blast of light and gravitational waves, in this stunning animation.

As the stars collide, some of the debris blasts away in particle jets moving at nearly the speed of light, producing a brief burst of gamma rays (magenta). In addition to the ultra-fast jets powering the gamma-rays, the merger also generates slower moving debris. An outflow driven by accretion onto the merger remnant emits rapidly fading ultraviolet light (violet). 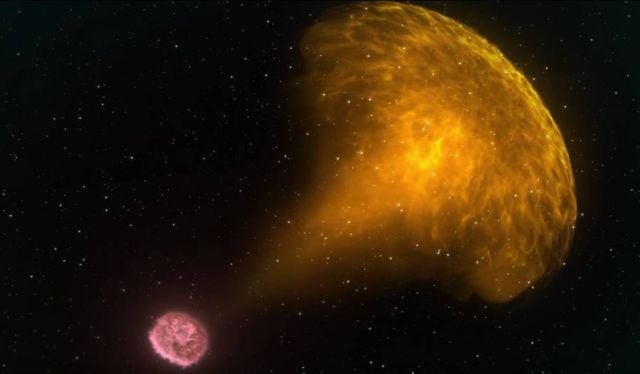 A dense cloud of hot debris stripped from the neutron stars just before the collision produces visible and infrared light (blue-white through red). The UV, optical and near-infrared glow is collectively referred to as a kilonova.

Later, once the remnants of the jet directed toward us had expanded into our line of sight, X-rays (blue) were detected. This animation represents phenomena observed up to nine days after GW170817.