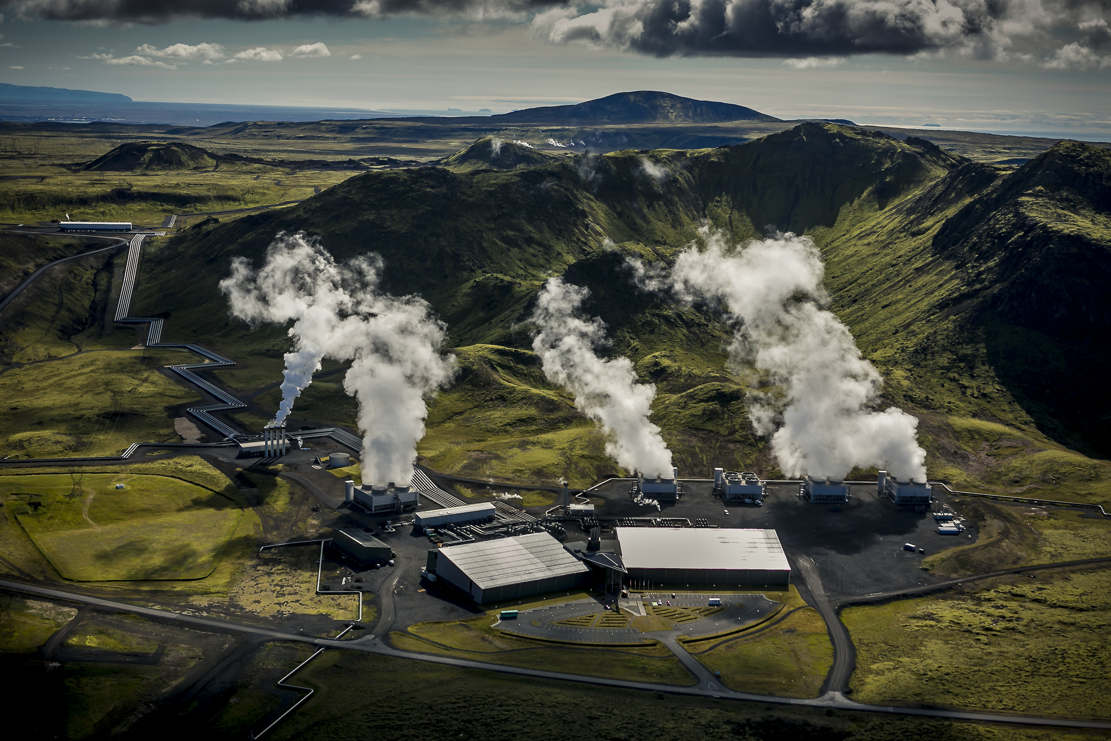 A power plant in Hellisheidi, Iceland, by the development of  geoengineering methods, technically produces negative emissions.

A 300-megawatt geothermal power plant in Hellisheidi, now captures more carbon dioxide than it emits. Per unit energy, this facility produces about a third of the the carbon a coal-fired plant does. But what it does emit, plus a little bit more, is now captured and buried deep underground.

How? Well, using a system developed by Carbon Engineering, a wall of fans at the plant sucks in air, harvests carbon dioxide, then injects it into water. That liquid is then pumped into the depths, where it amazingly turns into rock.

But the power plant will need to get far cheaper still to be an attractive proposition for widespread use in the future.