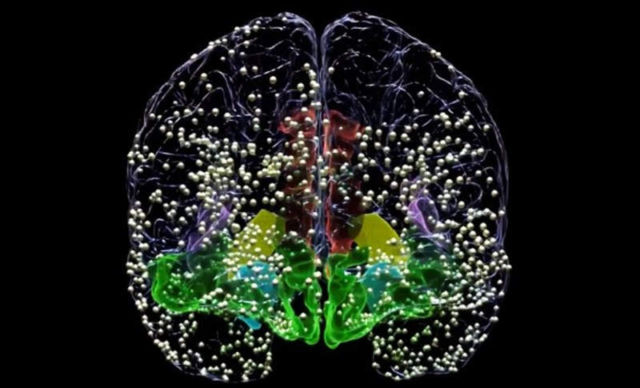 The results are an important step toward developing a therapy for people with treatment-resistant depression, which affects as many as 30 percent of depression patients, the authors say.

This could be an effective therapy for treating certain forms of epilepsy and Parkinson’s disease, but efforts to develop therapeutic brain stimulation for depression have so far been inconclusive. These earlier efforts focused on stimulation of deep brain regions within the cingulate cortex and basal ganglia that are known to play a direct role in emotional processing, but much less is known about the emotion-regulating functions of the OFC, a small region on the lower surface of the brain just above the eyes.

study senior author Eddie Chang, MD, a UCSF professor of neurosurgery and member of the UCSF Weill Institute for Neurosciences whose research lab studies the neuroscience of language and mood, said:

“The OFC has been called one of the least understood regions in the brain, but it is richly connected to various brain structures linked to mood, depression and decision making, making it very well positioned to coordinate activity between emotion and cognition.”