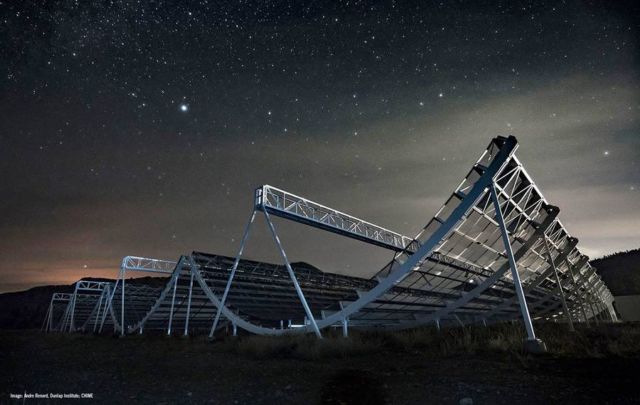 The newly completed radio telescope will open the universe to a new dimension of scientific study thanks to key contributions from CIFAR researchers. 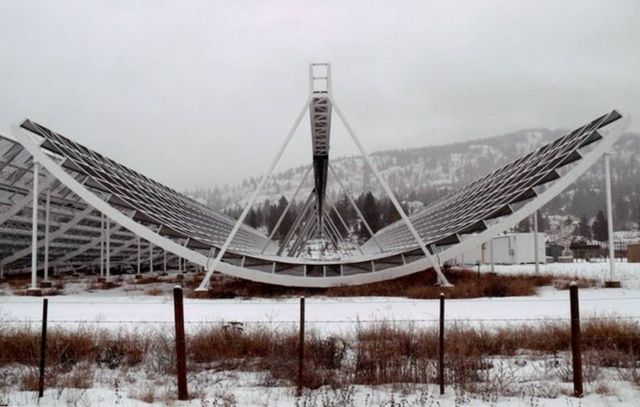 CHIME is a radio telescope made up of “half-pipe” reflectors with an array of radio receivers along the focus. Unlike other radio telescopes, it has no round dish and no moving parts. It will survey more than half the sky each day as the Earth turns.

It captures radio frequencies that can map hydrogen gas in the universe, which will allow scientist to create a three-dimensional map of the largest volume of space ever surveyed. This will help us better understand the history of the universe, the nature of distant stars and will help with the study of gravitational waves.

“With the CHIME telescope we will measure the expansion history of the universe and we expect to further our understanding of the mysterious dark energy that drives that expansion ever faster. This is a fundamental part of physics that we don’t understand and it’s a deep mystery. This is about better understanding how the universe began and what lies ahead.”

CHIME is a novel radio telescope that has no moving parts. Originally conceived to map the most abundant element in the universe – hydrogen – over a good fraction of the observable universe, this unusual telescope is optimized to have a high “mapping speed”, which requires a large instantaneous field of view (~200 square degrees) and broad frequency coverage (400-800 MHz). The digitized signals collected by CHIME will be processed to form a 3-dimensional map of hydrogen density, which will be used to measure the expansion history of the universe. At the same time, these signals can be combed for fast, transient radio emission, making CHIME a unique telescope for discovering new “Fast Radio Bursts” and for monitoring many pulsars on a daily basis.