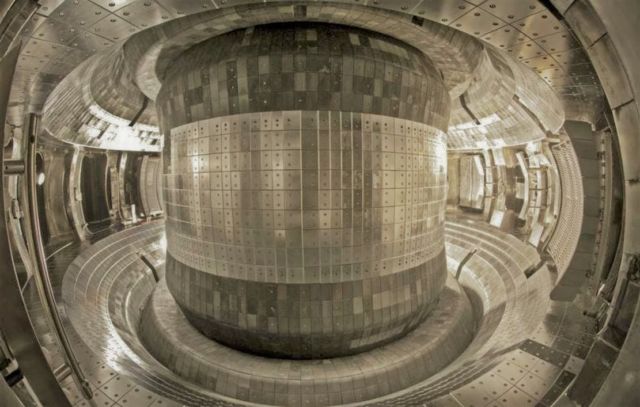 Chinese scientists have set a new world record of achieving a plasma temperature of 120 million degrees Celsius for 101 seconds in the latest experiment, a key step toward the test running of a fusion reactor. 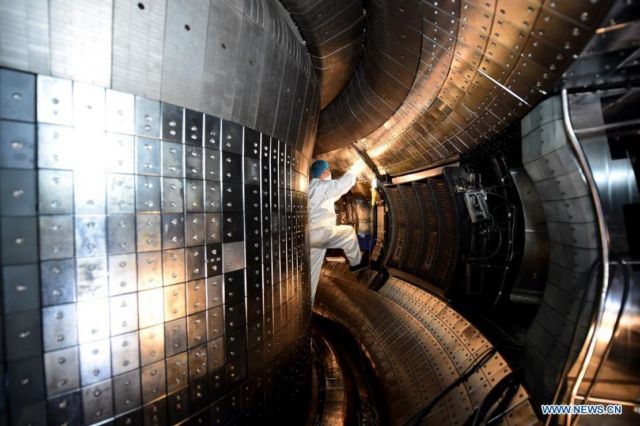 The experiment at the experimental advanced superconducting tokamak (EAST), or the “Chinese artificial sun,” also realized a plasma temperature of 160 million degrees Celsius, lasting for 20 seconds.

The ultimate goal of EAST, located at ASIPP in Hefei, is to create nuclear fusion like the Sun, using deuterium abound in the sea to provide a steady stream of clean energy. 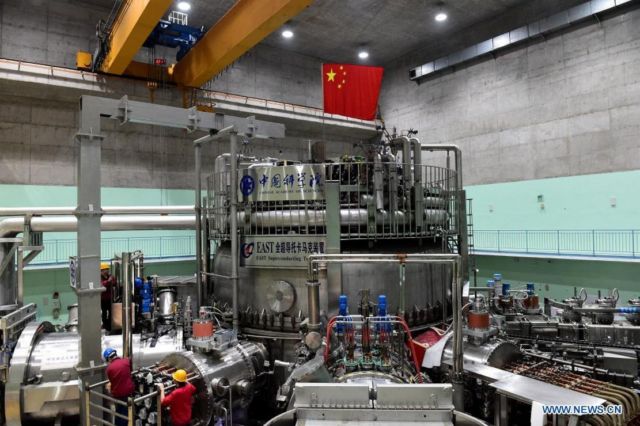 It is estimated that the deuterium in one liter of seawater can produce, through fusion reaction, the amount of energy equivalent to 300 liters of gasoline.

Fusion energy, one of the greatest frontiers of today’s physics, requires not only top scientific research ability but also massive experimental instruments.