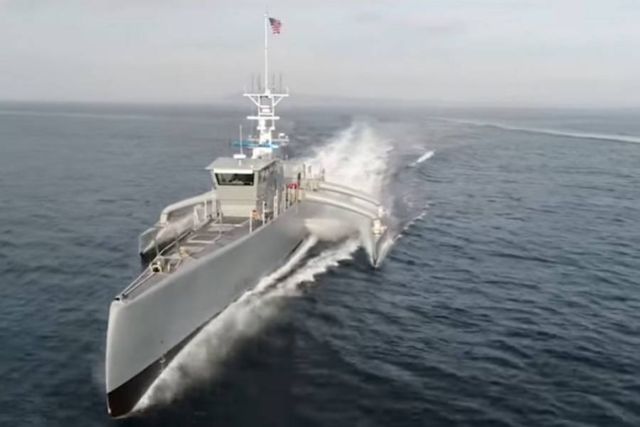 ONR will continue developing the revolutionary prototype vehicle—the first of what could ultimately become an entirely new class of ocean-going vessel able to traverse thousands of kilometers over the open seas for month at a time, without a single crew member aboard—as the Medium Displacement Unmanned Surface Vehicle (MDUSV).

The handover marks the culmination of three years of collaboration between DARPA and ONR that started in September 2014. An April 2016 christening ceremony marked the vessel’s formal transition from a DARPA-led design and construction project to a new stage of open-water testing conducted jointly with ONR.