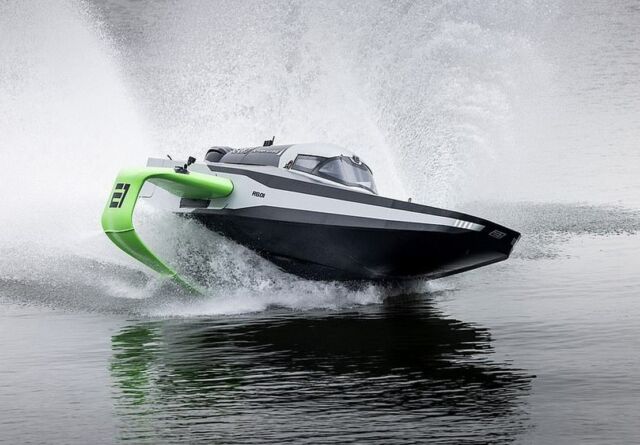 The E1 Series is the world’s first and only electric powerboat racing series, established to create an exciting, competitive racing platform to promote sustainable electric watercraft. 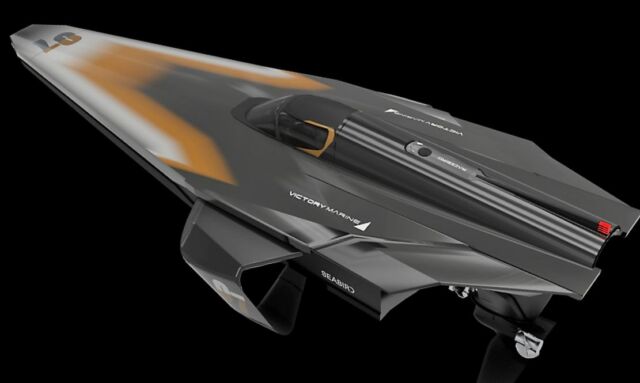 E1’s innovative electric foiling raceboat has hit the water for the first time on the River Po, near San Nazzaro in northern Italy.
The RaceBird prototype conducted a series of technical tests and systems checks with ex-powerboat world champion Luca Ferrari behind the wheel.
Testing will continue for several weeks and focus on set-up and performance analysis, and the assessment of the foiling characteristics in different racing conditions. 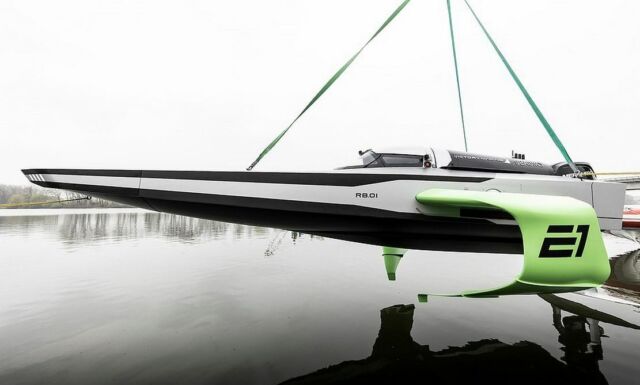 The RaceBird engineers conducted a number of technical tests and systems checks to assess the overall performance and reliability of the boat and the various electrical components. 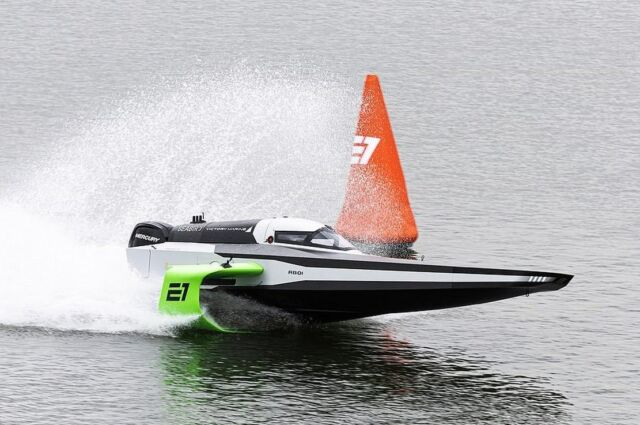 The testing schedule, which will continue for several weeks, will consist of straight-line tests, qualifying runs, and race simulations, with the focus on set-up and performance analysis and gathering data on the foiling and handling characteristics in different racing conditions.

The UIM E1 World Electric Powerboat Series will see up to 12 teams competing on the water in spectacular global race locations. The pilots will tackle tight and technical circuits, reaching speeds close to 50 knots (93 km/h or 58 mph). 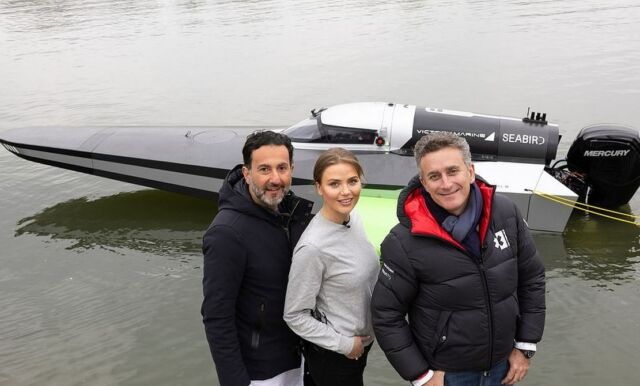