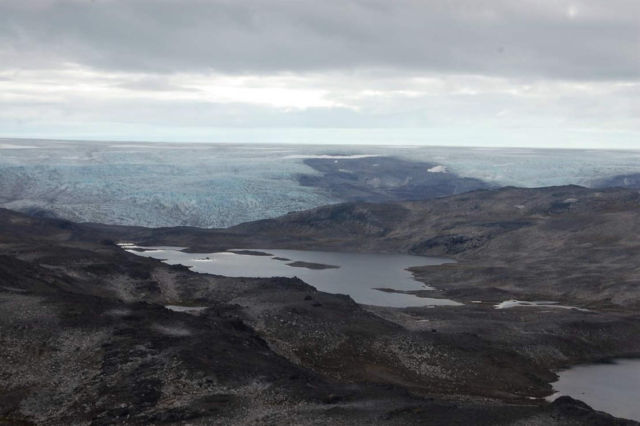 Early magma ocean identified in Greenland rocks, which tells of a time when Earth was almost entirely molten.

Researchers have found the chemical remnants of the magma ocean in 3.6-billion-year-old rocks from southwestern Greenland.

New research led by the University of Cambridge has found rare evidence – preserved in the chemistry of ancient rocks from Greenland.

The study, published in the journal Science Advances, yields information on a important period in our planet’s formation, when a deep sea of incandescent magma stretched across Earth’s surface and extended hundreds of kilometres into its interior.

It is the gradual cooling and crystallisation of this ‘magma ocean’ that set the chemistry of Earth’s interior – a defining stage in the assembly of our planet’s structure and the formation of our early atmosphere.

Scientists know that catastrophic impacts during the formation of the Earth and Moon would have generated enough energy to melt our planet’s interior. But we don’t know much about this distant and fiery phase of Earth’s history because tectonic processes have recycled almost all rocks older than 4 billion years.

The findings support the long-held theory that Earth was once almost entirely molten and provide a window into a time when the planet started to solidify and develop the chemistry that now governs its internal structure. The research suggests that other rocks on Earth’s surface may also preserve evidence of ancient magma oceans.

“There are few opportunities to get geological constraints on the events in the first billion years of Earth’s history. It’s astonishing that we can even hold these rocks in our hands – let alone get so much detail about the early history of our planet,” said lead author Dr Helen Williams, from Cambridge’s Department of Earth Sciences.

Image: At first glance the rocks that make up Greenland’s Isua supracrustal belt look just like any modern basalt you’d find on the sea floor. But this outcrop, which was first described in the 1960s, is the oldest exposure of rocks on Earth. It is known to contain the earliest evidence of microbial life and plate tectonics.   Credit Hanika Rizo