Earth may be surrounded by Hairy Dark Matter

Earth may be surrounded by Hairy Dark Matter 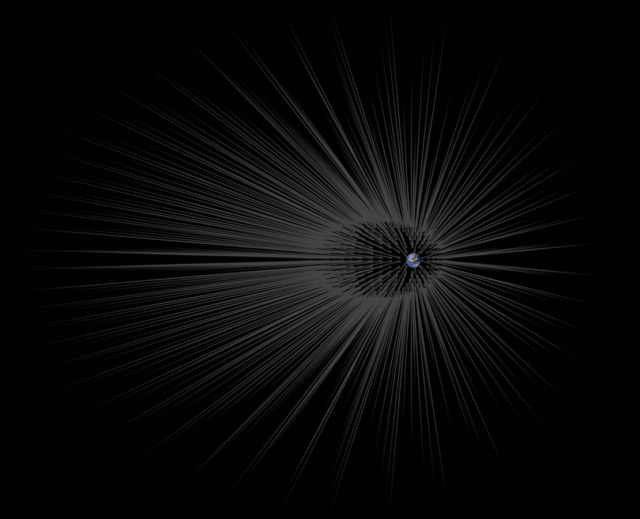 This illustration shows Earth surrounded by theoretical filaments of dark matter called “hairs.”  The solar system might be a lot hairier than we thought.

Dark matter is an invisible, mysterious substance that makes up about 27 percent of all matter and energy in the universe.

The regular matter, which makes up everything we can see around us, is only 5 percent of the universe. The rest is dark energy, a strange phenomenon associated with the acceleration of our expanding universe.

The data on hairy dark matter is based on a study by NASA’s Jet Propulsion Laboratory Gary Prézeau that appeared in a 2015 article in the Astrophysical Journal.