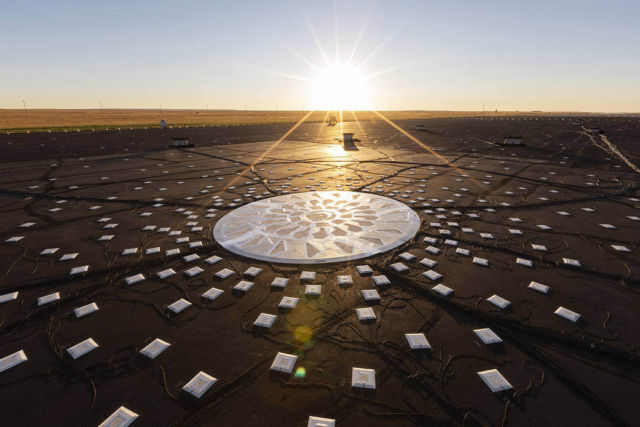 An array of 960 microphones studying aircraft noise, off the end of runway 11 at Boeing’s research facility near Glasgow, Montana.

The microphones were used by NASA to record the sound of a low-flying 787-10 Dreamliner passing overhead as part of the Chicago-based company’s 2020 ecoDemonstrator program during late August and early September. NASA researchers are studying how aircraft noise changes based on the interaction and placement of an airliner’s jet engines in relation to the main airframe and wing. Another 214 microphones were wired to the exterior of the 787 to aid in the studies. The data will be used to help design future airliners be quieter.