Fast Radio Bursts from our Galaxy observed for the first time

Fast Radio Bursts from our Galaxy observed for the first time 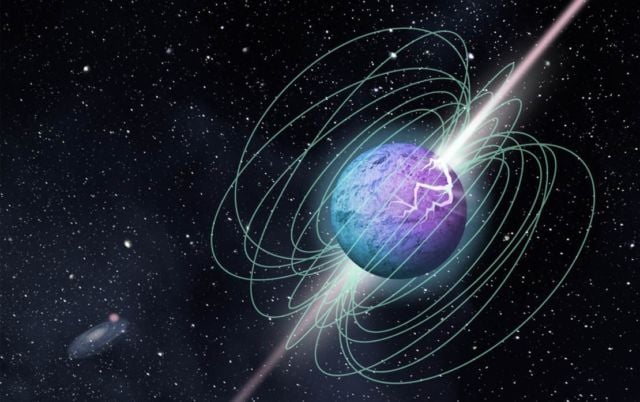 Astronomers report that they have observed fast radio bursts in the Milky Way, our own galaxy, for the first time.

Astronomers at MIT, McGill University, the University of British Columbia, the University of Toronto, the Perimeter Institute for Theoretical Physics, and elsewhere report that they have observed fast radio bursts in our own galaxy, for the first time. The radio pulses are the closest FRBs detected to date, and their proximity has allowed the team to pinpoint their source.

Fast radio bursts are extremely bright flashes of energy that last for a fraction of a second, during which they can blast out more than 100 million times more power than the sun.

Since they were first detected in 2007, astronomers have observed traces of fast radio bursts, or FRBs, scattered across the universe, but their sources have been too far away to clearly make out. It has been a mystery, then, as to what astrophysical objects could possibly produce such brief though brilliant radio flares.

It appears that the observed radio pulses were produced by a magnetar — a type of neutron star with a hugely powerful magnetic field. Physicists have hypothesized that magnetars might produce FRBs. This is the first time scientists have direct observational proof that magnetars are indeed sources of fast radio bursts.

“There’s this great mystery as to what would produce these great outbursts of energy, which until now we’ve seen coming from halfway across the universe,” says Kiyoshi Masui, assistant professor of physics at MIT, who led the team’s analysis of the FRB’s brightness. “This is the first time we’ve been able to tie one of these exotic fast radio bursts to a single astrophysical object.”