The first major upgrade at CERN

The first major upgrade at CERN 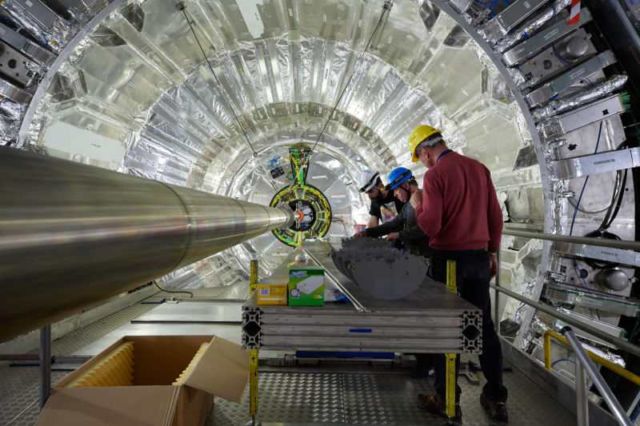 Scientists at CERN just made the first major upgrade to the world’s biggest machine.

On Thursday 2 March 2017 CERN engineers have carried out a highly complex operation right at the heart of one of the four main experiments of the Large Hadron Collider (LHC).

The upgrade is to the CMS detector, which helped find the Higgs Boson, located 100 m below ground under French territory, at one of the LHC’s collision points.

They will also install a new ‘pixel detector,’ which works like a camera to capture the paths of sub-atomic particles. 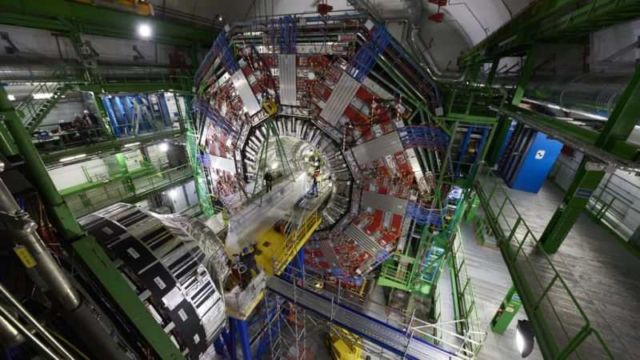 CMS is one of the four main detectors on the 27km LHC accelerator., and one of the two experiments which found the Higgs boson in 2012. The heart of the CMS experiment is the pixel detector, the innermost instrument in the very heart of the CMS apparatus, the very point where new particles, such as the Higgs boson, are produced by the energy of the proton proton collisions of the LHC accelerator. With thousands of silicon sensors, the new Pixel Tracker is now being upgraded to improve the particle-tracking capabilities of CMS. This operation, started on Tuesday Feb 28 when the first components of the new instrument were descended into the experiment’s cavern, is one of the most significant milestones ahead of the LHC restart this spring. The operation deep in the underground cavern will improve CMS’s ability to measure precise properties of the Standard Model, including the properties of the Higgs boson. From 2016, the LHC has been delivering a larger number of simultaneous collisions and the new pixel detector allows the data to be recorded more efficiently. This replacement, planned many years in advance, is part of the lifecycle of particle detectors. The LHC and its experiments are currently undergoing maintenance and consolidation before the LHC awakens this spring and begins colliding particles once more at close to the speed of light.