Giant Iceberg that broke from Antarctica has begun Drifting

Giant Iceberg that broke from Antarctica has begun Drifting 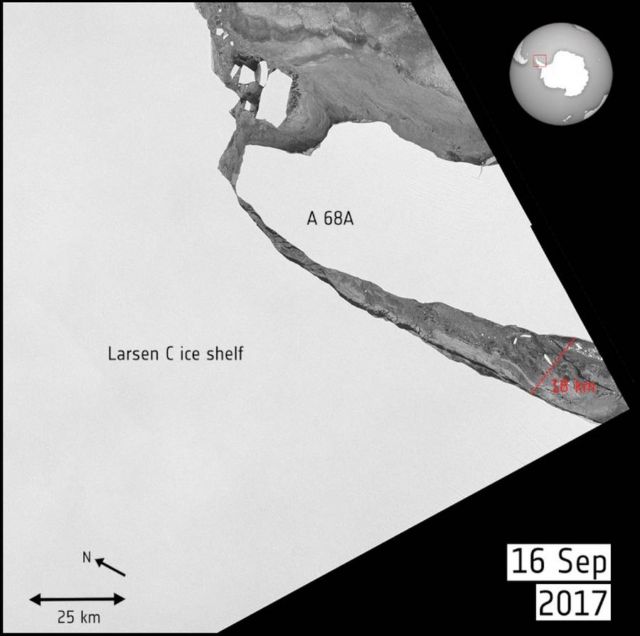 Iceberg A68, which calved from the Larsen C ice shelf in Antarctica in July, is now drifting seaward.

Above, the iceberg drifting away from Larsen C ice shelf.  Credit ESA. 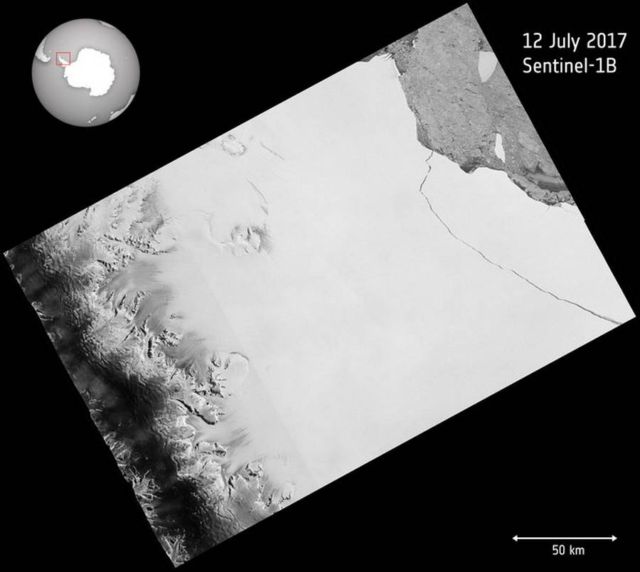 The iceberg breaking away from Larsen C ice shelf on 12 July 2017. Credit ESA.

Witnessed by the Copernicus Sentinel-1 mission on 12 July 2017, a lump of ice more than twice the size of Luxembourg broke off the Larsen C ice shelf, spawning one of the largest icebergs on record and changing the outline of the Antarctic Peninsula forever.

Over the following two months, systematic observations from Sentinel-1 showed that the A68 berg remained close, buffeting back and forth against the ice shelf. It was unclear what would happen to the berg because they can remain in one place for years.

Images from 16 September show that there is a gap of about 18 km as the berg appears to be turning away from the shelf.

The Pine Island Glacier in western Antarctica, has been losing ice at an accelerating rate over at least the past 40 years.

Scientists say that “it is probably too early to blame this event directly on human-generated climate change.”