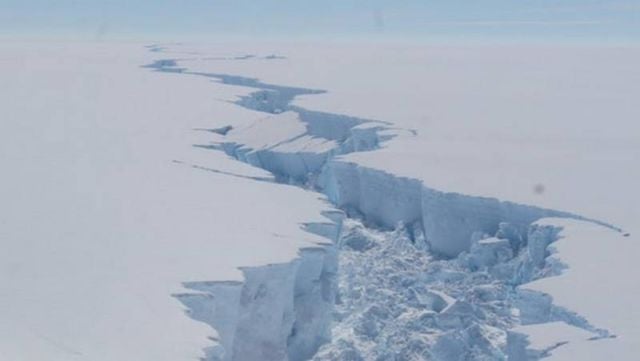 Between July 10 and 12, the iceberg one of the 10 largest ever recorded, about the size of Delaware, split off from Antarctica’s Larsen C ice shelf.

Above, the iceberg represents 10 percent of the ice shelf.  Credit: BAS

Scientists now have opportunities to study the stability of the remaining ice shelf, as well as understanding how new biological communities might occupy the newly exposed ocean and underlying seabed areas. 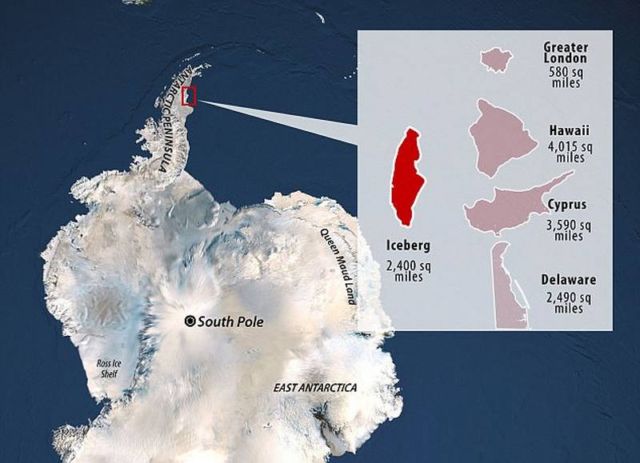 A graphic by Dailymail shows how the iceberg compares in size.

The Larsen C ice shelf has now decreased in size by around 10 per cent. If glaciers held by Larsen C now split into the Antarctic Ocean, it could lift the oceans water by 10 centimeters. 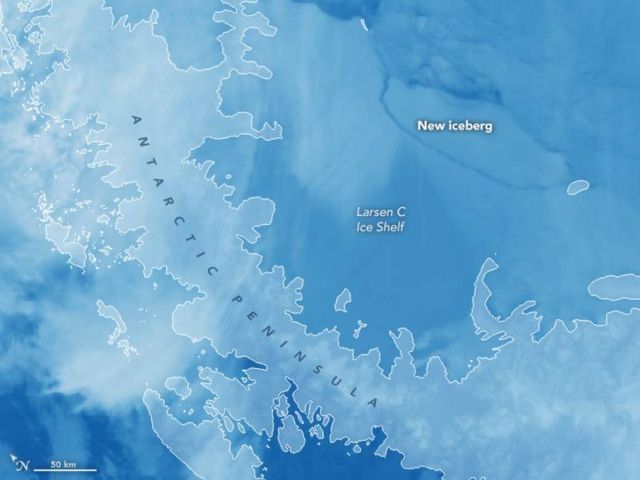 Scientists have been tracking the stability of this ice shelf for several years. The Moderate Resolution Imaging Spectroradiometer (MODIS) on NASA’s Aqua satellite captured an image (above) of the new iceberg on July 12, 2017. The false-color view uses MODIS band 31, which measures infrared signals known as “brightness temperature.” This measurement is useful for distinguishing the relative warmth or coolness of a landscape. Dark blue depicts where the surface is the warmest—most notably between the new iceberg and the ice shelf, but also in areas of open ocean or where water is topped by thin sea ice. Lighter blue colors show intact or thicker ice (cooler surfaces).