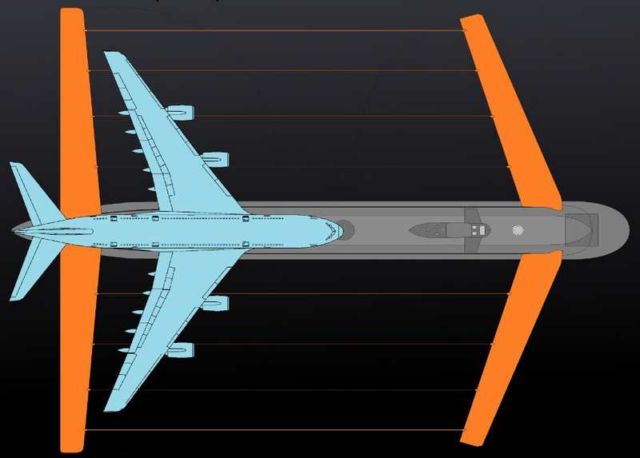 Above, the Arctic Survey submarine with A380 superimposed.  Credit H.I. Sutton

The receivers for this sonar are which project from the sides of the submarine. It’s a large submarine, somewhere between a nuclear attack submarine and a ballistic missile submarine. And 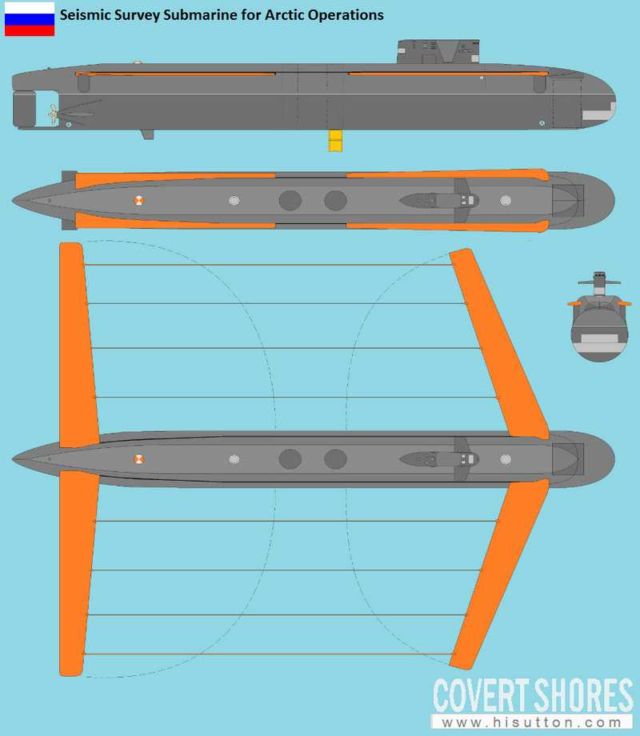 The Arctic Research Submarine will have a crew of 40 and a maximum speed of 12.6 knots.

The two sets of wing-like sonar receivers, working like the blade of a pocket knife, will receive sonar signals broadcast.