Goodyear introduces its latest AERO concept two-in-one tire, for the autonomous, flying cars of the future, at the 2019 Geneva International Motor Show.

The Goodyear AERO concept is a two-in-one tire designed for the autonomous, flying cars of the future. This concept would work both as a tire for driving on the road and a “propeller” for flying through the sky. 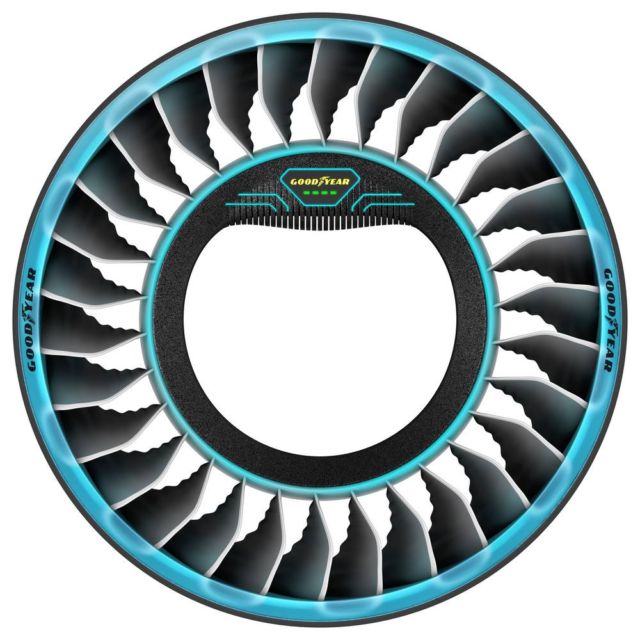 “The AERO is a multimodal tilt-rotor concept. It would serve as a drive train to transfer and absorb forces to and from the road in a traditional orientation and an aircraft propulsion system to provide lift in another orientation. With capable vehicles, the AERO would give future commuters the freedom to move seamlessly from the road to the sky.” 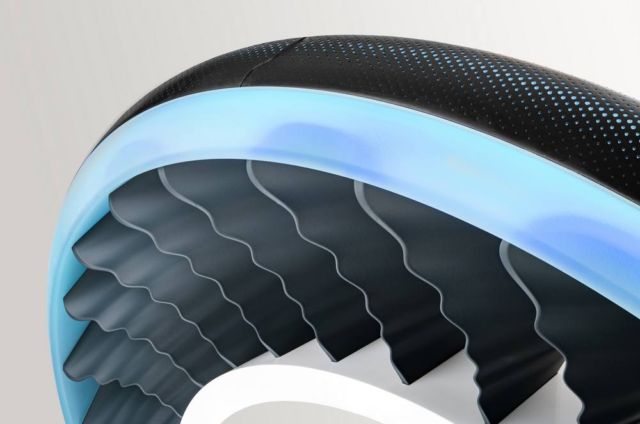 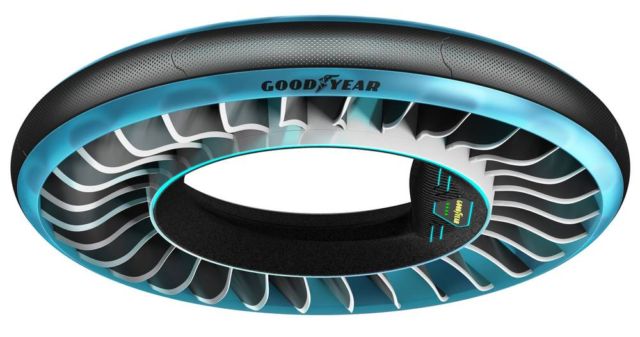