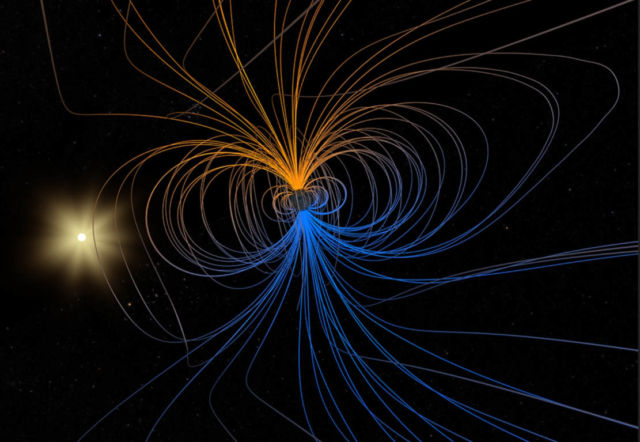 A small but evolving dent in Earth’s magnetic field can cause big headaches for satellites.

Earth’s magnetic field acts like a protective shield around the planet, repelling and trapping charged particles from the Sun. But over South America and the southern Atlantic Ocean, an unusually weak spot in the field – called the South Atlantic Anomaly, or SAA – allows these particles to dip closer to the surface than normal.

Currently, the SAA creates no visible impacts on daily life on the surface. However, recent observations and forecasts show that the region is expanding westward and continuing to weaken in intensity.
The South Atlantic Anomaly is also of interest to NASA’s Earth scientists who monitor the changes in magnetic strength there, both for how such changes affect Earth’s atmosphere and as an indicator of what’s happening to Earth’s magnetic fields, deep inside the globe.

A host of NASA scientists in geomagnetic, geophysics, and heliophysics research groups observe and model the SAA, to monitor and predict future changes – and help prepare for future challenges to satellites and humans in space.