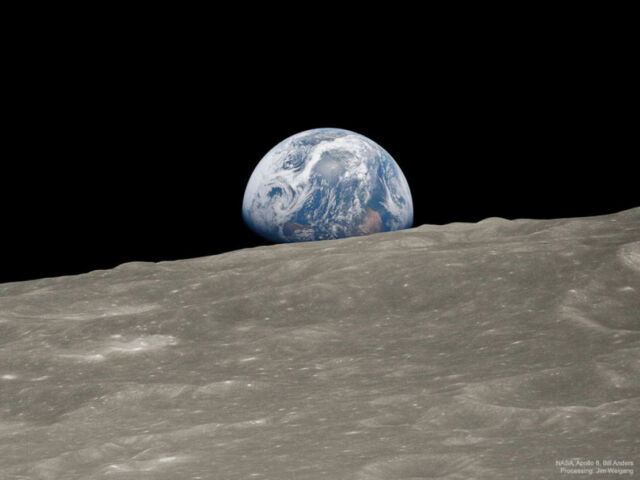 Known as “Earthrise”, the iconic image shows the Earth rising above the limb of the Moon, as taken by the crew of Apollo 8.

“Oh my God! Look at that picture over there! Here’s the Earth coming up. Wow is that pretty!”

Soon after that pronouncement, about 53 years ago, one of the most famous images ever taken was snapped from the orbit of the Moon.

But the well-known Earthrise image was actually the second image taken of the Earth rising above the lunar limb — it was just the first in color.

With modern digital technology, however, the real first Earthrise image — originally in black and white — has now been remastered to have the combined resolution and color of the first three images. Behold! The featured image is a close-up of the picture that Apollo 8 astronaut Bill Anders was talking about. Thanks to modern technology and human ingenuity, now we can all see it.

(Historical note: A different historic black & white image of the Earth setting behind the lunar limb was taken by the robotic Lunar Orbiter 1 two years earlier.)