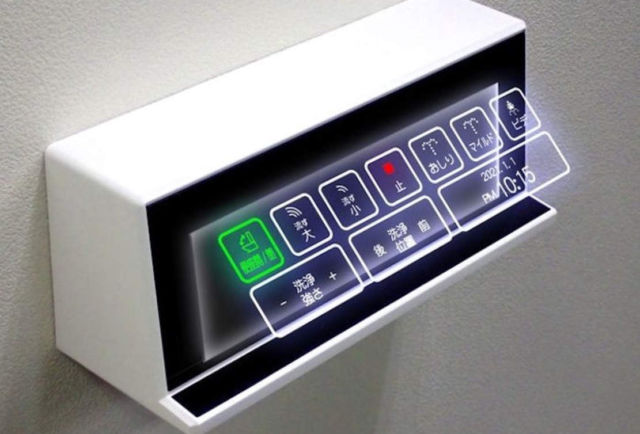 Floating holographic buttons that can be pressed without touching anything, will be used soon in Japanese toilets.

The optical element “Parity Mirror®” breaks up a projected image using tiny mirrors and then recreates them into a new image appearing to float in the air.

The holographic image can be seen at fixed position, regardless of the direction and distance of viewing.

By using a small Parity Mirror® (10cm square or so), the floating image can be made to be observed at a short distance, within reach of the user, suitable for use as a personal device.

Murakami Corporation believes this technology could be used not just to toilets, but could also be applied to other instances like ATMs, elevators, and more.