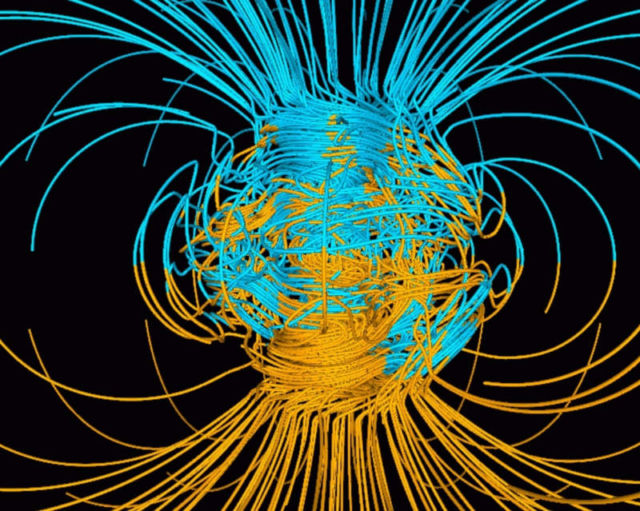 This dramatic turning point in Earth’s history – laced with electrical storms, widespread auroras, and cosmic radiation – was triggered by the reversal of Earth’s magnetic poles and changing solar winds.

The researchers dubbed this danger period the ‘Adams Transitional Geomagnetic Event’, or ‘Adams Event’ for short – a tribute to science fiction writer Douglas Adams, who wrote in The Hitchhiker’s Guide to the Galaxy that ‘42’ was the answer to life, the universe, and everything.

Chris Turney, a professor at UNSW Science and co-lead author of the study, said:

“For the first time ever, we have been able to precisely date the timing and environmental impacts of the last magnetic pole switch.

The findings were made possible with ancient New Zealand kauri trees, which have been preserved in sediments for over 40,000 years.

Using the ancient trees we could measure, and date, the spike in atmospheric radiocarbon levels caused by the collapse of Earth’s magnetic field.”

While scientists already knew the magnetic poles temporarily flipped around 41-42,000 years ago (known as the ‘Laschamps Excursion’), they didn’t know exactly how it impacted life on Earth – if at all.

The findings are published today in Science.

Image Computer simulation of the Earth’s field in a period of normal polarity between reversals.  Credit wikimedia