How Humanity could Colonize the Milky Way

How Humanity could Colonize the Milky Way 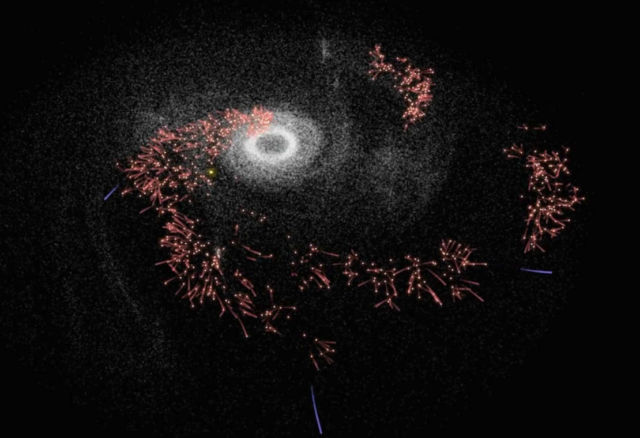 Astronomers in this video model how humanity could colonize our galaxy, the Milky Way.

The winners for a bizarre contest that asked contestants to figure out how humanity could colonize the Milky Way galaxy, were recently announced.

That was the contest of the 10th Global Trajectory Optimisation Competition (GTOC X):

In about ten thousand years from the present, humanity will reset its counting of years to zero. Year Zero will be the year when humanity decides the time is ripe for the human race to boldly venture into the galaxy and settle other star systems. One hundred thousand star systems in the galaxy have been identified as being suitable for settlement. Even in this Year Zero, although technologies and knowledge have dramatically progressed, we are still subject to the tyranny of inertia and remain far from the near-instantaneous space travel depicted fancifully in science fiction. However, enormous strides have been made in the ability to live in space, so much so that self-reliant settler vessels can travel though space for hundreds of thousands of generations, making it possible for humans to reach and settle other star systems. The task in GTOC X is to settle as many of the one hundred thousand star systems as possible, in as uniform a spatial distribution as possible, while using as little propulsive velocity change as possible. The settlement of the galaxy starts by fanning out from our home star, Sol. Once another star is settled, further settlements can fan out from that star. Solutions that are submitted earlier rather than later in the submission period will be rewarded a bonus stemming from the fact that humanity’s resources are dwindling and the sooner we decide on a settlement plan for the galaxy, the better.

This is a visualization of the ESA-ACT team entry to the 2019 edition of the Global Trajectory Optimization Competition, where ACT finished third.