How to Travel at nearly the Speed of Light

How to Travel at nearly the Speed of Light 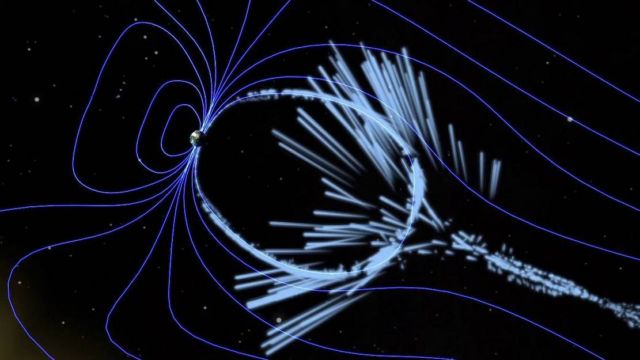 Scientists suspect magnetic reconnection is one way that particles are accelerated to nearly light speed.

One hundred years ago, on May 29, 1919, measurements of a solar eclipse offered proof for Einstein’s theory of general relativity. Even before that, Einstein had developed the theory of special relativity, which revolutionized the way we understand light. To this day, it provides guidance on understanding how particles move through space — a key area of research to keep spacecraft and astronauts safe from radiation.

The theory of special relativity showed that particles of light, photons, travel through a vacuum at a constant pace of 670,616,629 miles per hour — a speed that’s immensely difficult to achieve and impossible to surpass in that environment. Yet all across space, from black holes to our near-Earth environment, particles are, in fact, being accelerated to incredible speeds, some even reaching 99.9% the speed of light.

This illustration depicts the magnetic fields around Earth, which snap and realign, causing charged particles to be flung away at high speeds. Find out all three ways that this acceleration happens.