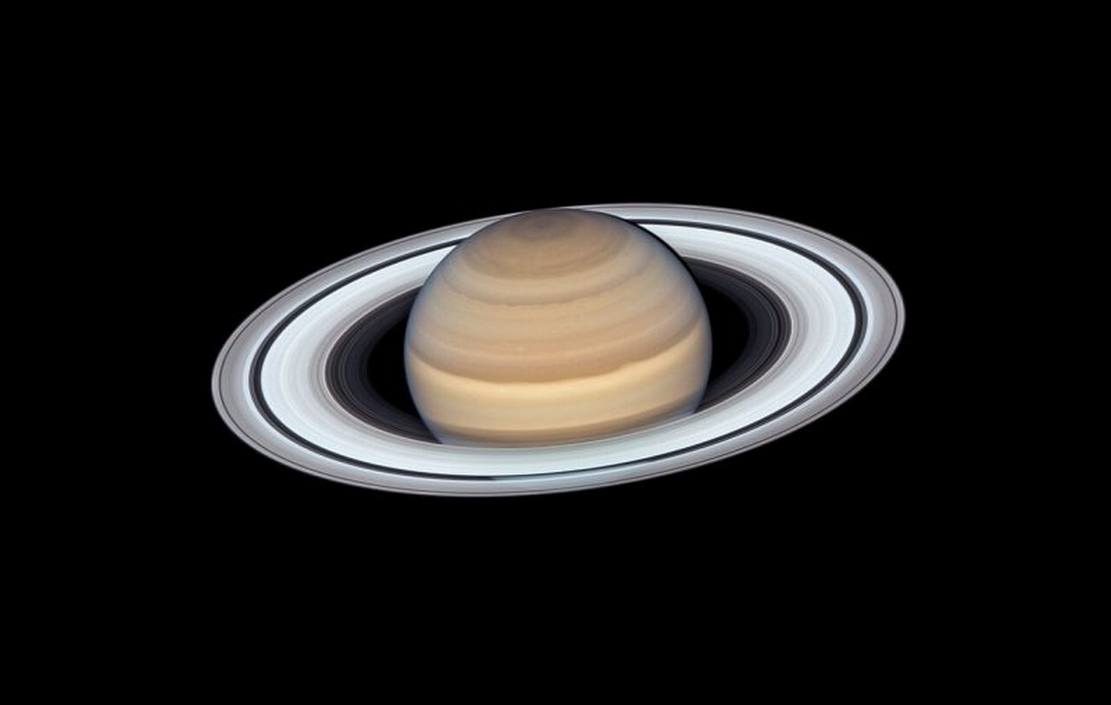 Hubble Space Telescope captured a new stunning image of Saturn, when the ringed-planet was at its closest to Earth.

This Hubble time-lapse movie shows the orbits of some of Saturn’s icy moons as they circle the planet over an 18-hour period. The video is composed of 33 Hubble snapshots of the planet, taken June 19 to 20, 2019, by the Wide Field Camera 3. The closer the moon is to Saturn, the faster it orbits, according to the laws of gravity.