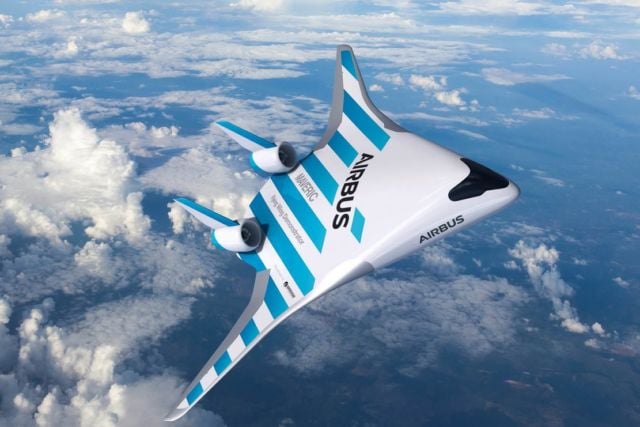 MIT engineers have come up with a concept for airplane propulsion that they estimate would eliminate 95 percent of aviation’s NOx emissions, and thereby reduce the number of associated early deaths by 92 percent.

At cruising altitude, airplanes emit a steady stream of nitrogen oxides into the atmosphere, where the chemicals can linger to produce ozone and fine particulates. Nitrogen oxides, or NOx, are a major source of air pollution and have been associated with asthma, respiratory disease, and cardiovascular disorders. Previous research has shown that the generation of these chemicals due to global aviation results in 16,000 premature deaths each year. 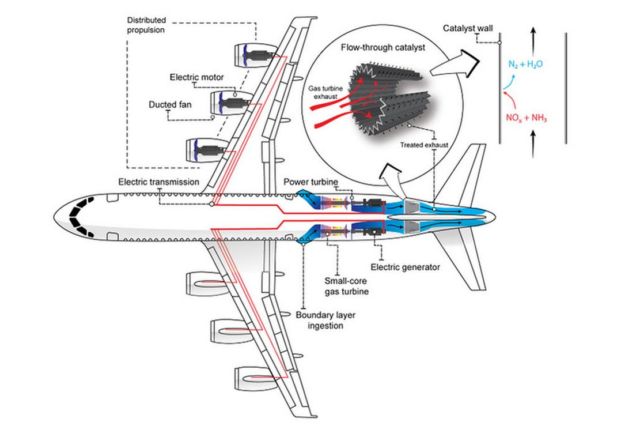 In the new hybrid-electric, or “turbo-electric,” design, a plane’s source of power would still be a conventional gas turbine, but it would be integrated within the plane’s cargo hold. Rather than directly powering propellers or fans, the gas turbine would drive a generator, also in the hold, to produce electricity, which would then electrically power the plane’s wing-mounted, electrically driven propellers or fans. The emissions produced by the gas turbine would be fed into an emissions-control system, broadly similar to those in diesel vehicles, which would clean the exhaust before ejecting it into the atmosphere.

“This would still be a tremendous engineering challenge, but there aren’t fundamental physics limitations,” says Steven Barrett, professor of aeronautics and astronautics at MIT. “If you want to get to a net-zero aviation sector, this is a potential way of solving the air pollution part of it, which is significant, and in a way that’s technologically quite viable.”

The details of the design, including analyses of its potential fuel cost and health impacts, are published today in the journal Energy and Environmental Science. The paper’s co-authors are Prakash Prashanth, Raymond Speth, Sebastian Eastham, and Jayant Sabnins, all members of MIT’s Laboratory for Aviation and the Environment.