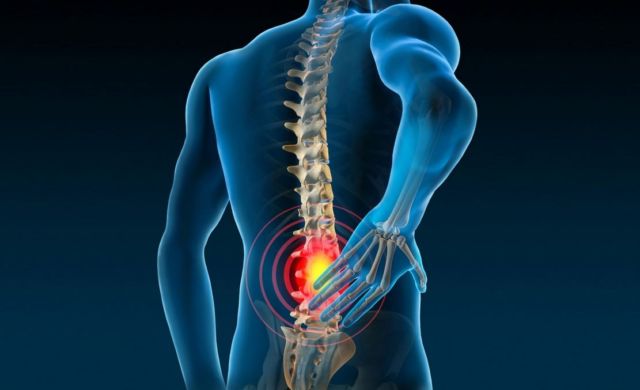 Engineers and clinicians developed an ultra-thin, inflatable device that can be used to treat the most severe forms of pain including leg and back pain.

The device, developed by researchers at the University of Cambridge, uses a combination of soft robotic fabrication techniques, ultra-thin electronics and microfluidics, without the need for invasive surgery.

The device is so thin – about the width of a human hair – that it can be rolled up into a tiny cylinder, inserted into a needle, and implanted into the epidural space of the spinal column, the same area where injections are administered to control pain during childbirth. 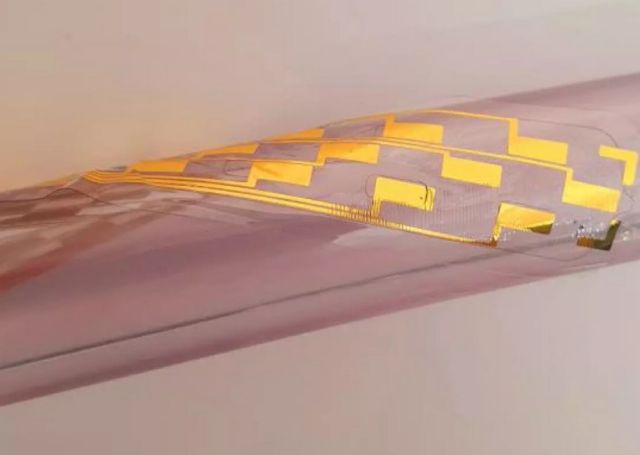 Once correctly positioned, the device is inflated with water or air so that it unrolls like a tiny air mattress, covering a large section of the spinal cord. When connected to a pulse generator, the ultra-thin electrodes start sending small electrical currents to the spinal cord, which disrupt pain signals.

Early tests of the device suggest that it could be an effective treatment for many forms of severe pain – including leg and back pain – which are not remedied by painkillers. It could also be adapted into a potential treatment for paralysis or Parkinson’s disease. However, extensive tests and clinical trials will be required before the device can be used on patients.

Although other types of spinal cord stimulation devices are currently used to treat severe pain, the most effective of these devices are bulky and require invasive surgery, while current keyhole devices are far less effective at treating pain. By combining the clinical effectiveness of the surgical devices and the ease of implantation of the keyhole devices, the Cambridge-developed device could be an effective, long-term solution to intractable pain, which affects millions worldwide.

The results are reported in the journal Science Advances.