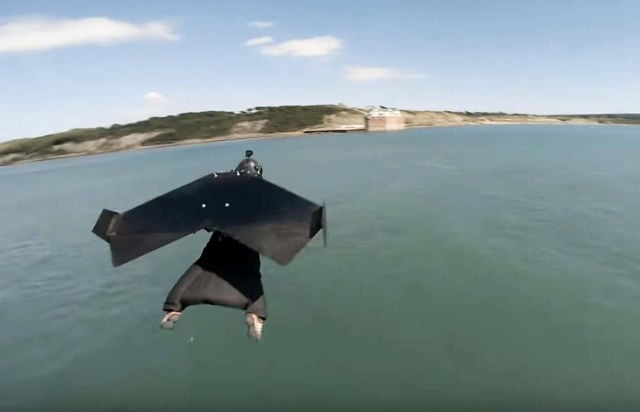 Founder and Chief Test Pilot, Richard Browning makes the first successful Jet Suit flight over the Solent from the UK (Hurst Castle) to the Isle Of Wight (Fort Albert).

Richard Browning has followed in the footsteps of German entrepreneur Gerhard Zucker, who tried to send mail by rocket to the Isle of Wight, in 1934. 85 years after the idea of rocket post failed.

The distance from Hurst Castle in Lymington to Fort Albert in Freshwater is 1.3 km.