June 2019 hottest on record for Earth

June 2019 hottest on record for Earth 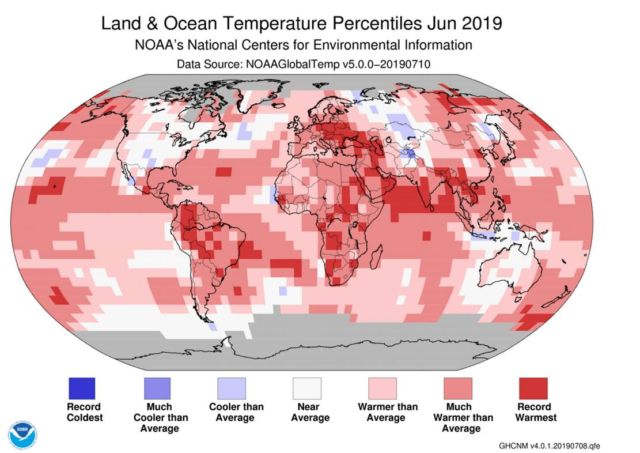 The global land and ocean surface temperature departure from average for June 2019 was the highest for the month of June in the 140-year NOAA global temperature dataset record, which dates back to 1880. The year-to-date temperature for 2019 was the second warmest January–June on record. 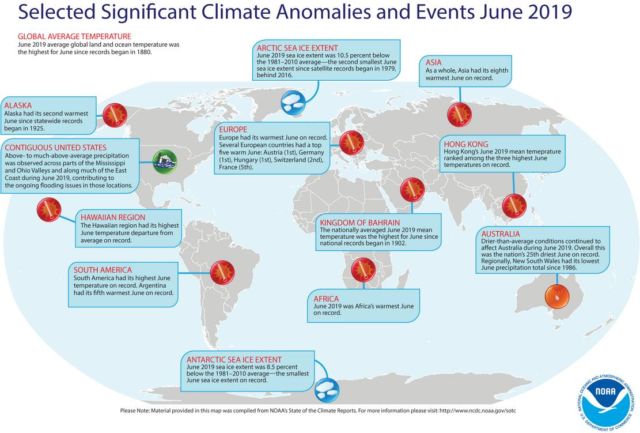 This monthly summary, developed by scientists at NOAA National Centers for Environmental Information, is part of the suite of climate services NOAA provides to government, business, academia and the public to support informed decision-making.  Image credit NOAA