Kawasaki made Flight Test of the Unmanned Helicopter K-RACER

Kawasaki made Flight Test of the Unmanned Helicopter K-RACER 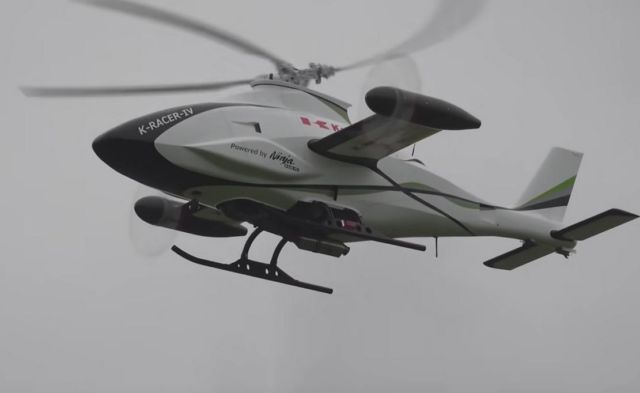 Kawasaki Heavy Industries demonstrated the technology of a conventional helicopter with an unmanned tester aiming at high speed, which is technically limited, and in this test, it were able to confirm stable flight by autonomous control.

The results obtained in this test will be utilized for the development of VTOL (vertical take-off and landing) aircraft such as manned / unmanned helicopters and aircraft operation systems linked with various services. While aiming, we will continue to contribute to society through aviation technology, including the realization of the VTOL system in the future. 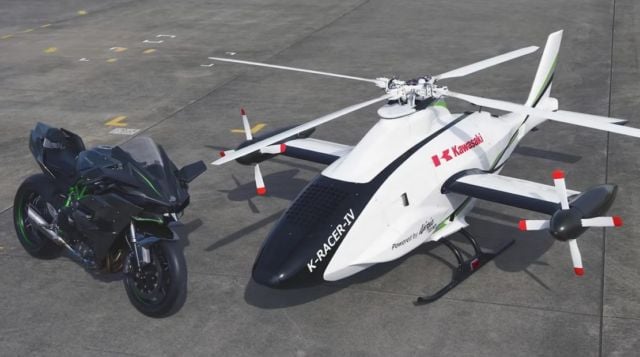 In the technology demonstration using an unmanned helicopter, we aimed for high speeds that were not technically possible for conventional helicopters, and the test proved that stable flight was possible under autonomous control.

The test aircraft that has a distinctive configuration is called a compound helicopter. It has a main rotor (diameter: 4 m), and main wings and propellers on both sides instead of a tail rotor. The left and right propellers counter the torque associated with the main rotor’s rotations and generate thrust to move the helicopter forward. In forward flight, the main wings share lift and reduce the load on the main rotor in order to achieve high-speed flight which is not possible for conventional helicopters 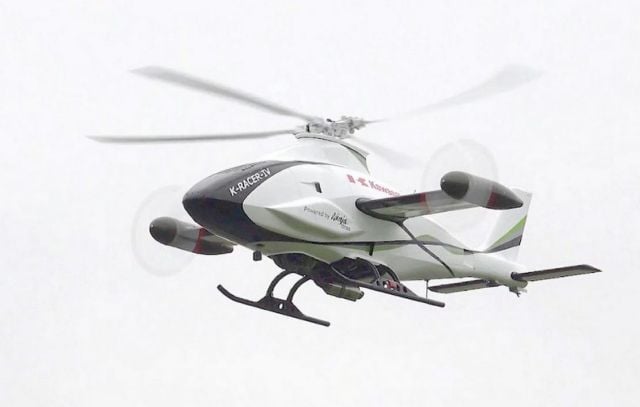 The test aircraft was developed by Aerospace Systems Company, and powered by the supercharged engine used in Kawasaki’s motorcycle Ninja H2R, under the technological cooperation with Motorcycle & Engine Company and the Corporate Technology Division.