Lunar bricks could help us colonize the Moon

Lunar bricks could help us colonize the Moon 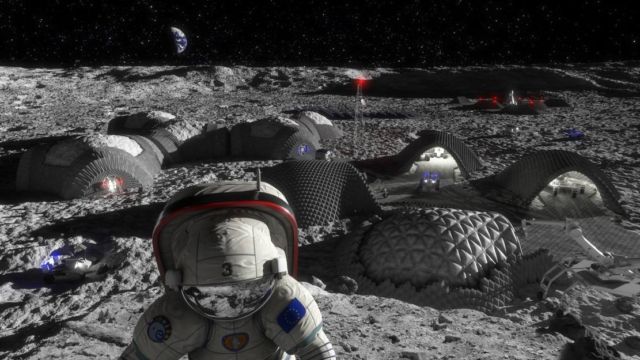 Lunar bricks could help us colonize the Moon. A vision of a future Moon base that could be produced and maintained using 3D printing.

Building a lunar base would be one of the next logical steps in our exploration of the Solar System, but the survival of a future crew depends on access to a reliable source of energy. An ESA Discovery & Preparation study explored how lunar regolith – the dust, soil and rock on the Moon’s surface – could be used to store heat and provide electricity for future astronauts, rovers and landers.

Habitat modules are seen beside ‘garages’ for rovers, with an adjacent launch site. Note the robotic vehicles on the surface, proceeding with base construction.

A new ESA-led project is investigating the ways that 3D printing could be used to create and run a habitat on the Moon, reducing logistical dependency on Earth. Everything from building materials to solar panels, equipment and tools to clothes, even nutrients and food ingredients can potentially be 3D printed – as detailed in this video.

Humans would have little difficulty reaching the Moon’s surface with today’s technology, but it is expensive – sometimes even impossible – to take all the materials we would need with us, especially if we want to stay for more than a couple of days. For sustainable, long-term exploration, we should instead look to local resources available at the destination. As part of this endeavour, Discovery & Preparation recently supported aerospace experts Azimut Space (formerly Sonaca Space) to investigate whether it would be possible to create ‘heat-storage bricks’ out of lunar regolith. 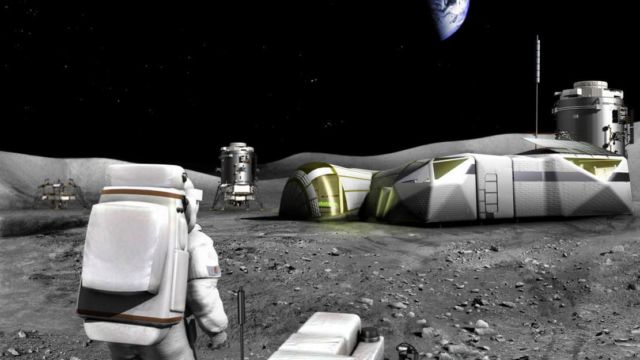 In space, energy typically comes via solar panels that provide almost instantaneous electricity when the Sun shines on them. But inhabitants of the Moon could expect to spend up to 16 days in darkness during the lunar night. Finding a sustainable energy solution that collects sunlight during the long lunar days and stores it for use at night is essential to make the prospect of long-term lunar habitation a reality. 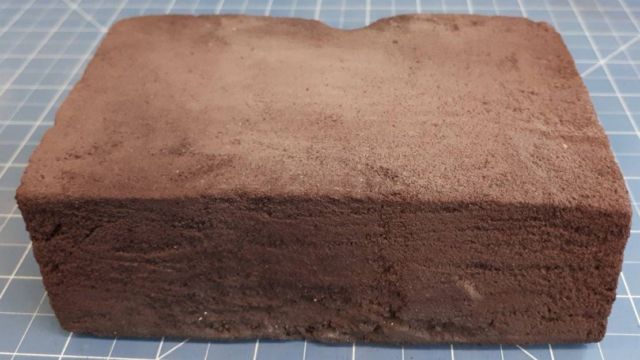 Regolith bricks offer a way of storing daytime solar energy so that electricity can be produced at night; this would be vital for any humans living and working on the Moon. The stored heat could also be released directly to keep robotic equipment warm enough to function during the long hours of darkness. 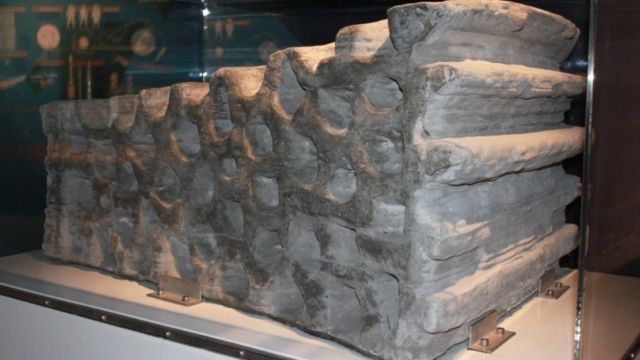