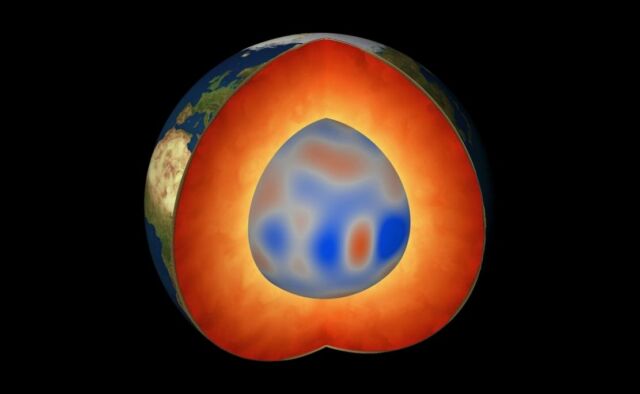 Using information from ESA’s Swarm satellite mission, scientists have discovered a completely new type of magnetic wave that sweeps across the outermost part of Earth’s outer core every seven years.

This fascinating finding opens a new window into a world we can never see.

This mysterious wave oscillates every seven years and propagates westward at up to 1500 kilometres a year.

Earth’s magnetic field is like a huge bubble protecting us from the onslaught of cosmic radiation and charged particles carried by powerful winds that escape the Sun’s gravitational pull and stream across the Solar System. Without our magnetic field, life as we know it would not exist.

Understanding exactly how and where our magnetic field is generated, why it fluctuates constantly, how it interacts with solar wind and, indeed, why it is currently weakening, is not only of academic interest but also of benefit to society. For example, solar storms can damage communication networks and navigation systems and satellites, so while we can’t do anything about changes in the magnetic field, understanding this invisible force helps to be prepared. 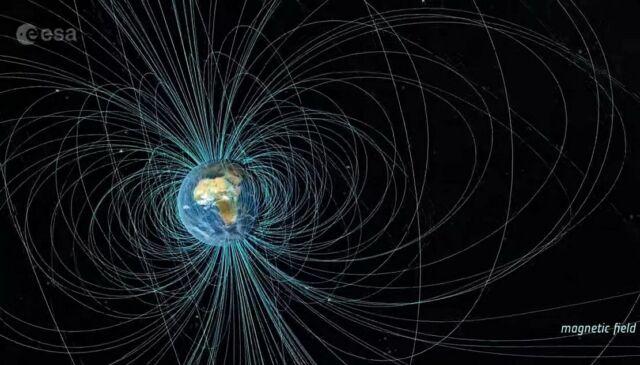 Most of the field is generated by an ocean of superheated, swirling liquid iron that makes up Earth’s outer core 3000 km under our feet. Acting like the spinning conductor in a bicycle dynamo, it generates electrical currents and the continuously changing electromagnetic field.