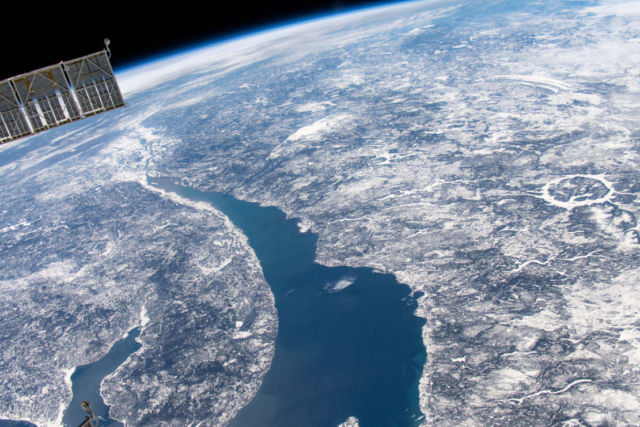 The Manicouagan crater, likely caused by the impact of a rocky body about 5 kilometers in diameter over 200 million years ego, viewed from the Space Station.

Right of center, the ring-shaped lake is a modern reservoir within the eroded remnant of an ancient 100 kilometer diameter impact crater. The ancient crater is very conspicuous from orbit, a visible reminder that Earth is vulnerable to rocks from space.

Currently, there is no known asteroid with a significant probability of impacting Earth in the next century. But a fictional scenario to help practice for an asteroid impact is on going at the 2019 IAA Planetary Defense Conference.