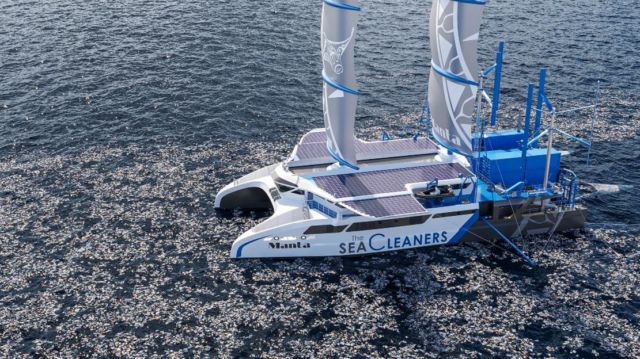 The ‘Manta’ is a giant, plastic-eating catamaran that collects trash, powered by renewable energy.

The SeaCleaners technical hub’s mission, is to reduce marine plastic pollution through innovative technology, with the support of a pool of industrial and academic partners.

The Manta is a deep-sea boat with coastal action. Its first missions should take place in South-East Asia. Objective of 5 to 10,000 tonnes per year. 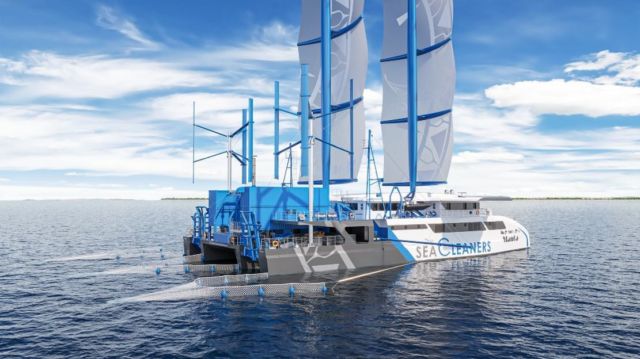 The technical team develops a range of groundbreaking solutions against plastic pollution among which a bold and original project: the Manta. This first-of-a-kind processing ship is designed to collect, treat and repurpose large volumes of floating plastic debris present in highly polluted waters, along the coasts, in estuaries and in the mouths of large rivers. 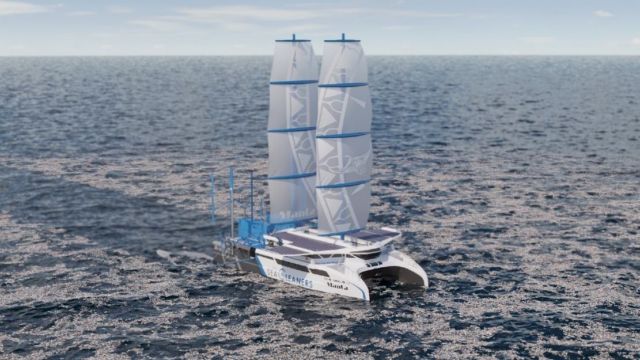 The Manta will also host other scientific missions on board, and when in port will hold educational and learning conferences for the general public.

The Manta extracts both floating macro-waste and smaller debris from 10 millimetres upwards and up to one metre deep. 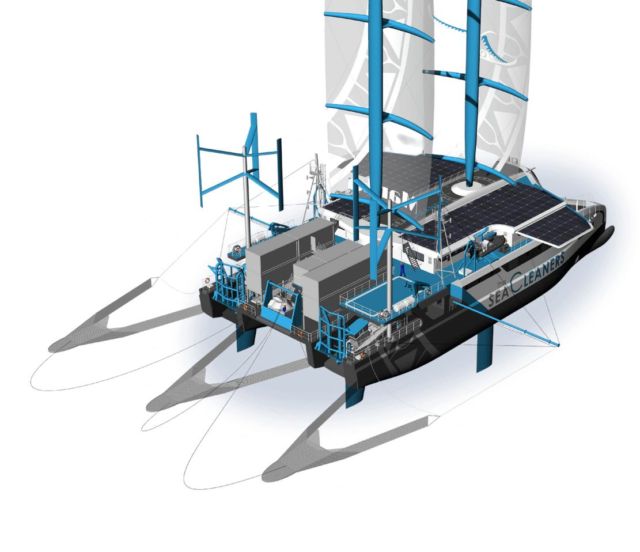 Depending on the density and closeness of the layers of waste, the Manta can collect between 1 to 3 tonnes of waste per hour. It can operate for up to 20 hours a day, 7 days a week. 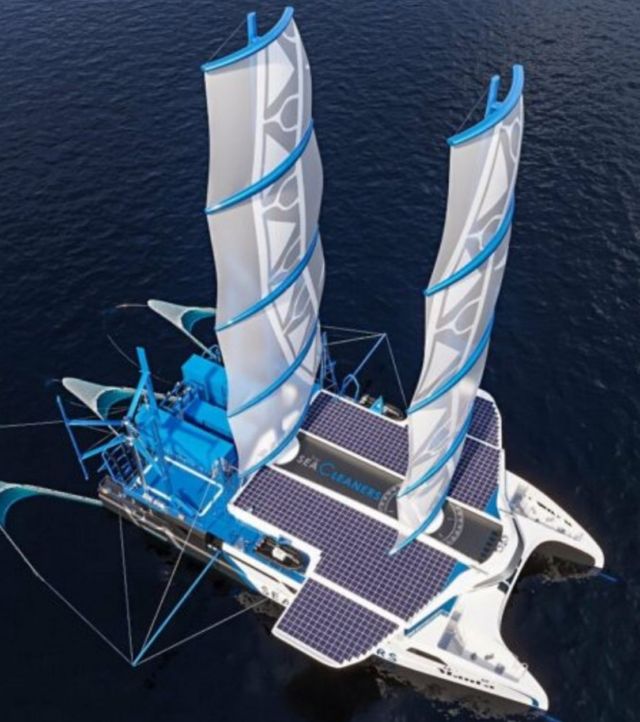 The Manta is equipped with four complementary collection systems:

– Waste-collecting conveyors, which bring the waste on board.
– Three floatable collection systems, which have a collection span of 46 metres, and pick up surface waste.
– Two small, multi-purpose collection boats, or “Mobulas,” which can pick up both micro- and macro-plastic waste from the shallowest and narrowest parts of the ocean that the Manta can’t get to.
– Two lateral cranes, which pull out the largest pieces of floating debris from the water. 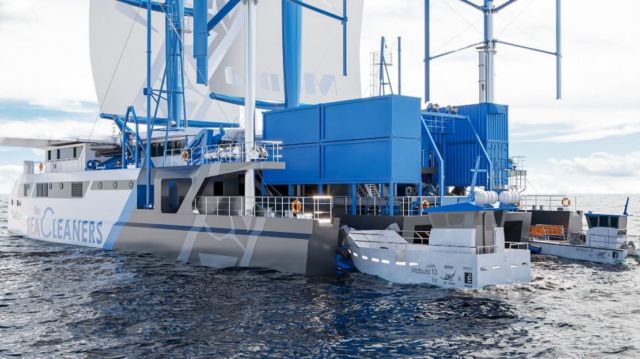