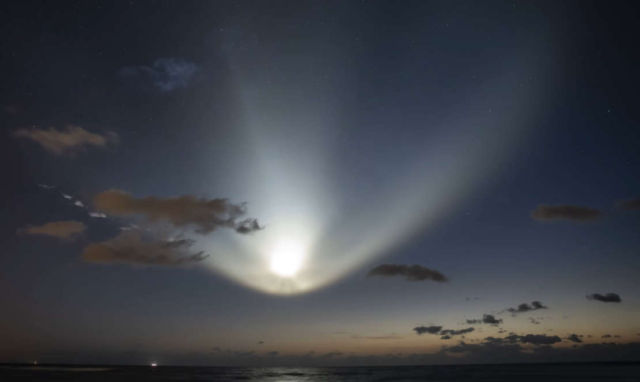 The featured time-lapse video — compressing 12-minutes into 8-seconds — shows the bright launch plume starting on the far left. The rocket rises into an increasingly thin atmosphere, causing its plume to spread out just as it is lit by the rising Sun. As the Crew-2 capsule disappears over the horizon, the landing plume of the returning first stage of the Falcon 9 descending toward the SpaceX barge in the Atlantic Ocean can be seen.