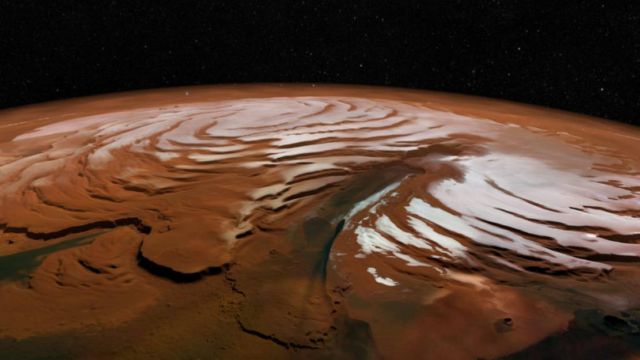 Newly discovered layers of ice buried a mile beneath Mars’ north pole are the remnants of ancient polar ice sheets and could be one of the largest water reservoirs on the planet, according to scientists at The University of Texas at Austin and the University of Arizona.

The researchers estimate that if melted, the massive ice deposits discovered in this region would cover the planet in 1.5 meters (5 feet) of water.

The team made the discovery using measurements gathered by the Shallow Radar (SHARAD) on NASA’s Mars Reconnaissance Orbiter (MRO). SHARAD emits radar waves that can penetrate up to a mile and a half beneath the surface of Mars.

The findings are important because the layers of ice are a record of past climate on Mars in much the same way that tree rings are a record of past climate on Earth. Studying the geometry and composition of these layers could tell scientists whether climate conditions were previously favorable for life, researchers said. The team found layers of sand and ice that were as much as 90% water in some places. 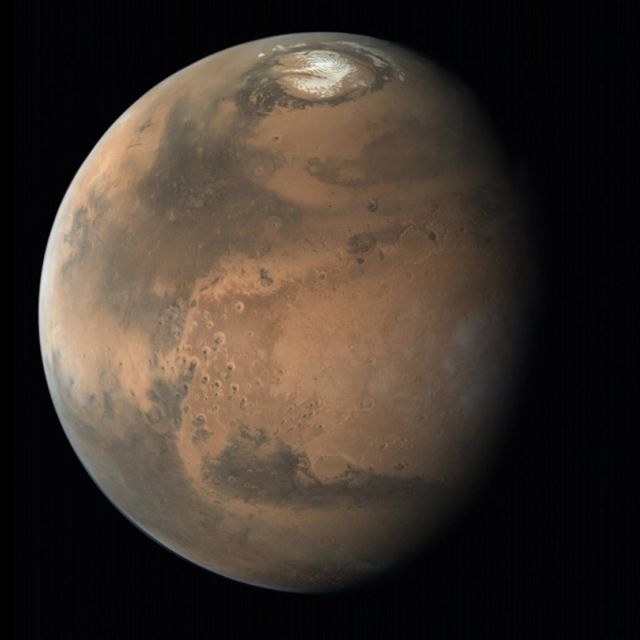 Lead author Stefano Nerozzi, a graduate research assistant at the University of Texas Institute for Geophysics (UTIG) who is completing his Ph.D. at the Jackson School of Geosciences, said:

“We didn’t expect to find this much water ice here. That likely makes it the third largest water reservoir on Mars after the polar ice caps.”

Published on May 22 in Geophysical Research Letters